Culture not a priority for government

Culture not a priority for government

No new scheme or projec­t of the depart­ment approv­ed in the budget­
By Haniya Javed
Published: June 13, 2016
Tweet Email 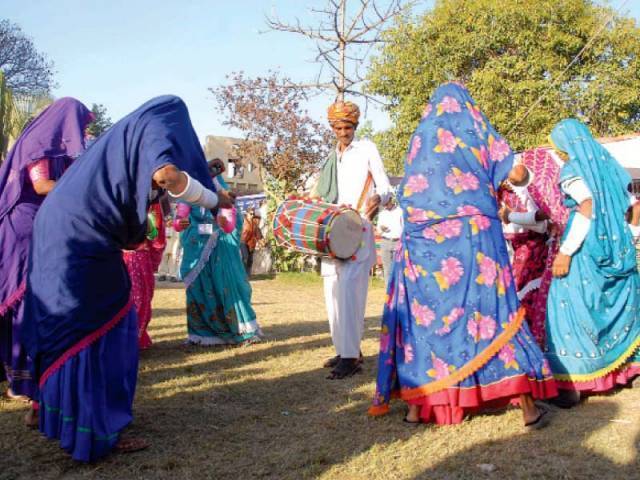 No new scheme or project of the department approved in the budget PHOTO: EXPRESS

KARACHI: How serious is the Sindh government in the restoration and preservation of its heritage sites? How many projects of public libraries have been completed for the people of Karachi, Kashmore, Dadu and Sukkur? How much more does the government plan in the name of culture and tourism for the fiscal year 2016-2017?

The answer to all these questions will be a disappointment as no new scheme or project by the culture, tourism and antiquities department has been approved in the budget for the Sindh government.

For this year, the culture department has been allocated an amount of Rs2.01 billion for a total of 66 schemes, for which the throw forward amount applicable from July 1, this year, is Rs7.47 billion, which is almost four times the amount allocated for fiscal year 2016-2017.

On the surface, the increment for this year is 39% in comparison to last year. On the flip side, all the 66 schemes, of which 50 have been labelled ‘ongoing’, are the same as last year’s with no new projects.

For Karachi, projects such as the restoration of two vehicles of the sister of Mohammed Ali Jinnah, Fatima Jinnah, is yet to be completed and has been put on a target completion of 2017. The estimated cost of the project is Rs30 million, as per the budget document, and the only change in the project is its approved status as compared to unapproved status in the last year’s budget with 2% financial progress.  In addition, around Rs22 million have been allocated for the completion of Abdul Aziz Public Library in Sukkur by next year, for which only 34% financial progress has been made.

Other projects with the likes of uplifting of National Museum and establishment of Sindh Cultural Heritage Institute are running on a three-year delay in completion.

The budget also promised public libraries in Shikarpur, Karachi, Khairpur and Dadu in fiscal year 2015-2016. These schemes have been carried forward for this year, marking a delay of three years in target completion.

As far as the preservation of sites are concerned, Makli in Thatta, Bhambore in Gharo and even Moen Jo Daro are all running on a three-year-long delay with minimal financial progression in 2016.

Some of the new schemes include a performing arts complex in Karachi and uplifting of Quaid-e-Azam House Museum. However, both the projects remain unapproved with zero financial progress for 2016.