Khawaja Asif shouldn’t get away with it

Khawaja Asif shouldn’t get away with it

We have very large, forgiv­ing hearts as a societ­y when it comes to offend­ing women. We let it go instan­tly
By Aisha Sarwari
Published: June 9, 2016
Tweet Email 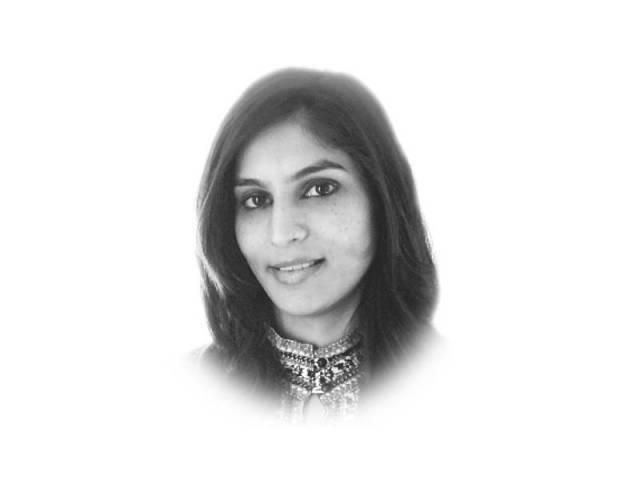 Everyday sexism is much tougher to decipher. It’s difficult to call it out because it is cloaked under the cultural subtext of humour, satire or plain smart-Alec talk. While women the world over are trying to be nuanced about how to put an end to it, here in Pakistan, it is being institutionalised on the floor of our house, blatant and for everyone’s viewing.  The sitting government’s senior parliamentarian Khawaja Asif addressed an opposition party’s (PTI) peer as a “tractor trolley” and said she should work on making her voice more feminine. Sadly, this uncalled for sexist attack on Shireen Mazari was marked by not even a slap on the wrist by the speaker of the house.

Rather than evaluate the lame responses in its aftermath, let us talk about why this happened in the first place. It happened because when Khwaja Asif first insulted a woman of esteem, it was forgiven as soon as that instance was forgotten. We have very large, forgiving hearts as a society when it comes to offending women. We let it go instantly. Everything is palatable. During 2002-07 when Mr Asif was in the opposition, he insulted Mehnaz Rafiq of the treasury benches, calling her a “penguin” because she walked with a slight limp. Mr Asif’s fascination with defining women’s bodies to animate or inanimate objects is better left to personal fetishes. It has no place in a parliament where there is supposed to be a sacredness about moral standards to protect the weak.

Even Benazir Bhutto in her heyday was not spared the sexist comments by none other than the overused prime time TV guest Sheikh Rashid who is known to have made inappropriate comments on the colour of her clothes. The problem is that women don’t go by the male code: you are as powerful as the extent to which you can hurt me. Women reject the power derived from might, but this is not to be confused by the moral authority they can have over a schoolyard bully. Therefore, just because you can get away with a takedown of a woman more often than not, doesn’t necessarily mean that you will each time.

Increasingly people want to see leaders with girth of character, not those with shoddy shot-fused temperaments. Mr Asif may be at the top of his political game now, but when he exits, he will be remembered for the names he called women. He dared to go down the path of putting women in a place he deems below him, all over again because when it happened before, there was no outrage from women themselves. Even now, a unified voice across all party lines against this verbal assault is missing. By asking all women to come out and side with Mazari, I am not advocating female tribalism of any sort. We can disagree with her politics and also go to the extent of disapproving her actions but under no circumstances is it acceptable for any woman to take an attack on her country’s woman parliamentarian lying down. With honour killings as rampant as they are, with girl children not having access to education in many parts of the country and with astounding maternal mortality figures, women cannot expect any protections if the women representing them are being degraded publicly — and the violators get away with it every time.

As a truly Pakistani gimmick, Mr Asif came out with an apology yesterday. The seriousness of it, or the lack thereof is evident that the apology was very half-hearted and that too not offered to Mazari directly. She has rightfully rejected it. There is no such thing as un-stabbing, no such thing as un-insulting and no such thing as unlearning your place in the pecking order. The food chain defining the VIP culture that Mr Asif enjoys is a fast-changing one. He’ll do well to go back to the shore and adjust his misogynist sails before setting off into the sunset.