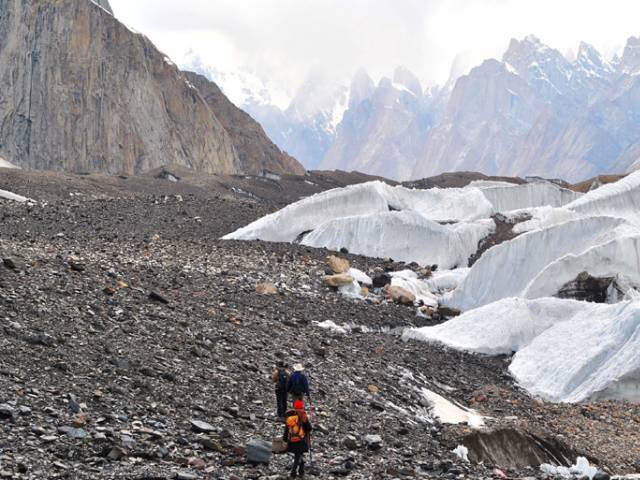 PESHAWAR: Around 200 families were evacuated from Brep village in upper Chitral on Wednesday evening because of flooding in Brep Nullah. Officials said the reason was glacial lake outburst flood (GLOF).

However, a PDMA statement read the situation was under control by Thursday morning as floodwater had receded.

No loss of life was reported, but Provincial Disaster Management Authority officials said a house was fully washed away and two others were damaged.

Nothing in the pocket: NWA IDPs claim PDMA embezzling their funds

Locals told The Express Tribune via phone water levels kept rising for about four hours till people from the area decided to leave their houses. They said several electricity poles and other structures were also washed away.

The meteorological office had warned glacial melting would cause damage in Chitral and Gilgit-Baltistan because of the increase in global temperatures and climate change. These phenomena resulted in odd weather patterns, causing anomalies.

PDMA said people from the area had been evacuated with the help of volunteers.

Failed to deliver: Millions of rupees wasted as artificial plants are removed