Mother kills minor daughters, self with acid after husband disallows her from fasting

Mother kills minor daughters, self with acid after husband disallows her from fasting 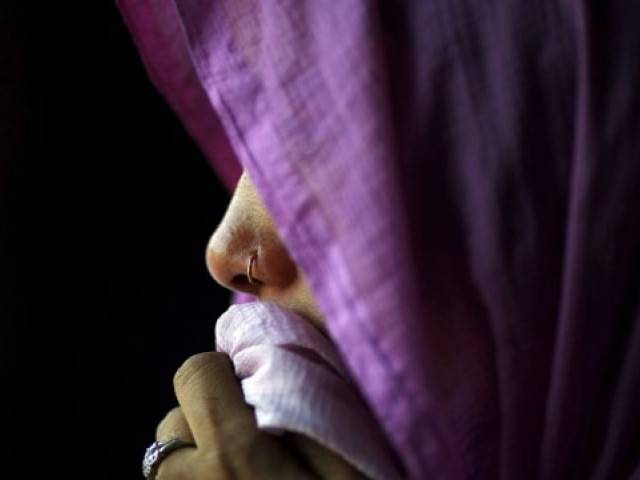 According to reports, Tayyaba drank acid after her husband allegedly prohibited her from fasting. PHOTO: REUTERS

MULTAN: A mother of two passed away on Thursday after committing suicide over her husband’s refusal to allow her from fasting.

Tayyaba, 35, resident of Garaywala in Multan, made her daughters Manahil, 2, and eight-month-old Hijab drink acid on Wednesday, as a result of which both died on the spot. Tayyaba later drank acid too and was shifted to Nishtar Hospital in critical condition. She passed away on Thursday.

Woman attacked with acid in Lahore

Speaking to The Express Tribune, residents of the area said Tayyaba and her husband Mazhar had differences about her fasting in Ramazan as she wanted to fast, which would result in her not being able to feed her eight-month-old child.

Mazhar, a security guard at Nishtar hospital said he could not afford instant milk for the child, which is why he had asked his wife to skip the fast and feed Hijab instead. However, she refused and due to their ongoing fights over not having enough money for basic needs, Tayyaba allegedly committed suicide.

The woman bought acid from a nearby store after her husband left for work.

Woman commits suicide in Lahore after brawl with husband

“I forbade her from fasting not because I am against Ramazan, but because I could not provide money for instant milk, Mazhar told The Express Tribune.

Soon after Rescue 1122 officials were informed about Tayyaba’s condition on Wednesday, Saddar Police also arrived at the scene and took the shopkeeper who sold Tayyaba the acid, into custody.