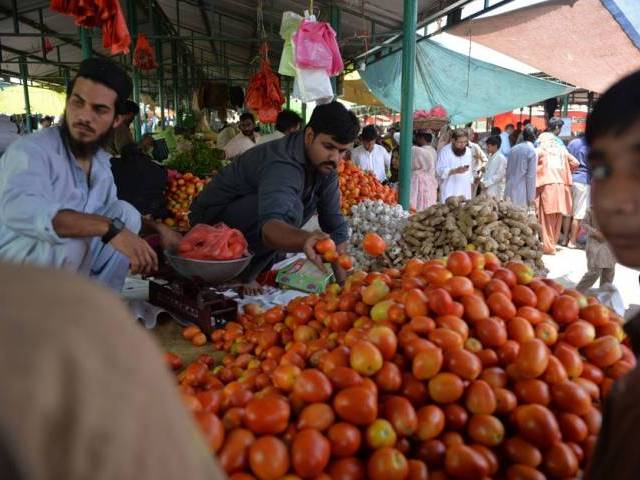 LAHORE: A Ramazan Bazaar set up in Chenab Nagar has attracted attention of some self-described anti-Ahmadia campaigners who persuaded the district administration to relocate it once and are now threatening public agitation if the facility isn’t shifted away from land owned by the Jamaat-i-Ahmadia.

The Bazaar was initially planned to be set up near a railway crossing on Aqsa Road but the plan was changed over opposition from some clerics. It was then set up at a plot owned by Jamaat Ahmadia about 100 metres away from the initial site.

Two arrested for putting up anti-Ahmadi posters in Lahore

Speaking to The Express Tribune, Chaudhry Islam, one of the two men spearheading the campaign against the bazaar, said he was mobilising the public to press the administration to move the bazaar to a place where only Muslims could benefit from it. “The plot where the bazaar is located is owned by the Ahmadis. This is against the injunctions of Islam,” he said. Islam said the bazaar should be moved to the Muslims Colony [a residential area adjacent to Chenab Nagar]. “Ramazan has nothing to do with Ahmadis. Only Muslims should benefit from such facilities,” he said.

Islam said he had filed a petition in the Lahore High Court in this regard but the court had referred the matter to the office of Chiniot DCO Shaukat Khichi. He said the bazaar had been shifted from the plot closer to the Ahmadi community’s neighbourhood because of their warnings that they would construct a mosque on the plot if it was used for the purpose.

Saleemudin, Jamaat-i-Ahmadia spokesperson, told The Express Tribune that when the DCO approached the Jamaat for some plot in the area to set up the bazaar he had suggested that it should be set up at a plot owned by the Jamaat on Aqsa Road. He said the establishment of the bazaar was abandoned on resistance from anti-Ahmedia clerics and elements that had illegally occupied the land. He said the bazaar was then set up at its current location near a car parking before the railway crossing. He said the Jamaat had no objection if the facility was shifted to some other place.

He said Ahmadis comprised about 98 per cent of the population in Chenab Nagar. Around 20 plots owned by Ahmadis had been illegally occupied by people supported by anti-Ahmadi clerics.

DCO Shaukat Khichi said there was no mass opposition to the decision to set up the bazaar at its current location. He said Chaudhry Islam and Zulfiqar Ahmed were not residents of the area. “They are just two trouble makers. They want to defame me because I took action against them for blackmailing the administration of a sugar mill,” he said. He said he would take action against the men if there was an imminent threat.

The DCO said he had received no complaint against the bazaar’s location from any resident of the area. He said there were eight other Ramazan Bazaars in the district.

On the relocation of the bazaar, he said he had to do so under pressure from some clerics. He said the bazaar was now fully operational in a tent set up at the current location.

The DCO said there was no restriction on people of other faiths to shop at the Ramazan Bazaars. “Christian citizens in the neighbourhood too shop at Ramazan Bazaars. There is no reason why Ahmedis should not.”