'Consid­ering the factor­s behind the case, the chance­s of making it a prosec­utable one are extrem­ely slim' lawyer­
By AFP
Published: June 7, 2016
Tweet Email 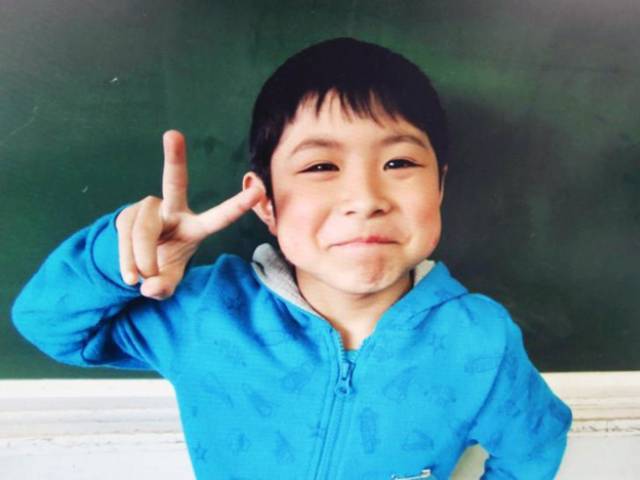 An undated photo shows 7-year-old Yamato Tanooka who went missing on May 28, 2016 after being left behind by his parents, was found alive at Japan Ground Self-Defense Force's Komagatake exercise area, in Shikabe town on the northernmost Japanese main island of Hokkaido. PHOTO: REUTERS

TOKYO: Parents who abandoned their seven-year-old son in a Japanese forest as a punishment will not face charges, police said Tuesday.

Yamato Tanooka survived for six nights alone after his mother and father left him on a mountain road in the bear-infested woods of Hokkaido.

Many in Japan were angry at the couple, who said they had forced their son out of the car to teach him a lesson for throwing stones.

They had originally told police Yamato got lost while on a family outing, but later admitted they lied because they feared social censure.

“We plan not to regard it as a criminal case,” a Hokkaido police spokesman told AFP, indicating it would be referred to social services.

Toru Numata, a lawyer who handles abuse and domestic violence cases, told AFP: “Considering the factors behind the case, the chances of making it a prosecutable one are extremely slim.”

Numata said that the focus is likely to shift to the boy’s mental care, focusing on possible trauma from the ordeal.

Rescue workers and soldiers spent days scouring the mountainous forest — where bears are known to roam — after Yamato went missing on May 28.

He was finally discovered last Friday by a soldier, sheltering in a hut on a military drill field around five kilometres (three miles) from where he was abandoned.

The boy was found to be suffering from mild dehydration and was sent to hospital. He is expected to be discharged later Tuesday.

On Monday, police questioned him for about an hour in hospital, accompanied by his mother and doctors, the Tokyo Shimbun said.

He was quoted by the daily as telling police: “I walked alone and met no one”, adding that he sometimes stopped to rest and arrived at the hut in the dark.