474 traffi­c police­men also deploy­ed at 189 points in the city.
By Our Correspondent
Published: June 5, 2016
Tweet Email 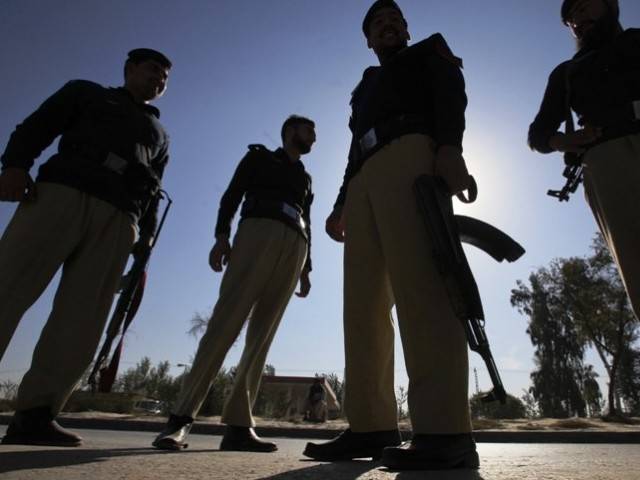 Security measures have been taken after consultation with the managements of the places of worship PHOTO: REUTERS/FILE

KARACHI: More than 12,000 police officers will be deputed at different mosques in the city to ensure security during the month of Ramazan.

According to the security plan for the holy month released on Sunday, the police have estimated that Taraweeh prayers will be offered in around 4,000 mosques across the city. Security measures have been taken after consultation with the managements of the places of worship. Police have also been directed to take Rangers and intelligence agencies on board.

Preparing for: Ramazan Security to be tightened in Hangu

Along with the deployment of uniformed officials and personnel, plain-clothed police officers will also be deployed to overlook security arrangements at sensitive places. The lists of mosques, imambargahs, madrassas and other places have also been prepared at range, district and zone levels. Technical sweeping, clearance, advance intelligence collection and sharing, routine checking, picketing and patrolling are also a part of the contingency plan.

According to the police security plan, as many as 2,850 police officers and personnel will perform duties in the East zone, while 53 police mobile vans and 17 motorcycles will be used for routine checking.

Sindh IG Allah Dino Khawaja said that the security mechanism will be made fool-proof to ensure safety of the people.

Keeping in mind the traffic during Ramazan, the traffic police have deployed 474 traffic personnel at 189 different points in the city.

This was decided in a meeting at traffic DIG’s office on Sunday. Traffic wardens will be deployed at different areas including from Jama Cloth Market to Sohrab Goth, Guru Mandir to Power House Chowrangi in New Karachi, Siemens Chowrangi to Mawach Goth and Garden Chowk to Habib Bank.

According to the press statement issued by the traffic police, the Lyari Expressway can be used from Mauripur to Sohrab Goth from 2pm till 8pm in order to facilitate the public. Also, 200 additional staff members have been deployed in licence branches of the city and offices of traffic AIG, DIG and all zonal SPs.

In order to maintain the flow of traffic on all the main arteries of the city as well as the commercial centres, services of 600 city wardens and scouts will also be employed. The camera monitoring team, according to the press release, will also be deployed at all the main markets of the city and traffic laws violators will be handed over their challans through courier services.