Rescue­rs have pulled four people from the lake since the boat carryi­ng 18 passen­gers capsiz­ed
By Reuters
Published: June 4, 2016
Tweet Email 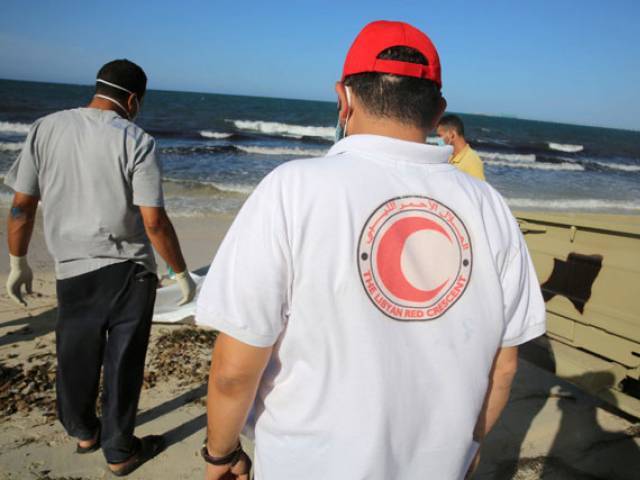 Libyan Red Crescent workers stand beside the body of a migrant who died after a boat sank off the coastal town of Zuwara west of Tripoli, in Libya June 3, 2016. PHOTO: REUTERS

SHANGHAI: Fourteen people are missing after a leisure boat capsized in strong winds on a lake in southwest China’s Sichuan province on Saturday, the official Xinhua news agency said, citing the local government.

Rescuers have pulled four people from the lake since the boat carrying 18 passengers capsized in the afternoon in “strong gales”, the local district government said in a statement.

The disaster has echoes of a far larger disaster last year, where 442 people perished and only 12 survived when a cruise ship in the Yangtze River capsized in a freak storm.