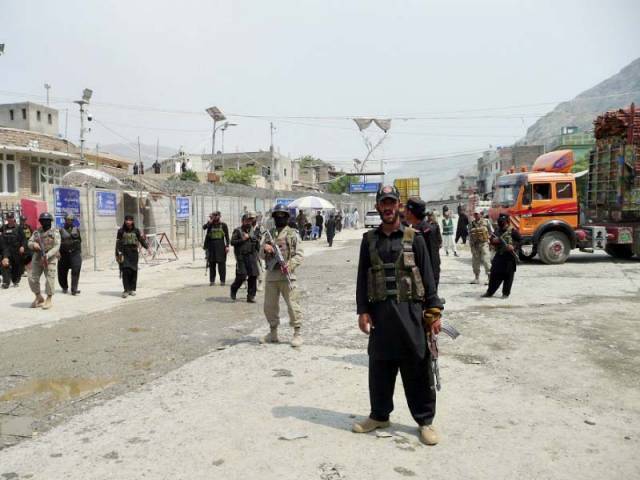 ISLAMABAD: Pakistan has sought Afghanistan’s cooperation to ensure better border management after it introduced a new system at one of the border crossing points that will no longer allow people without a valid passport to enter the country.

The system, which became operational at Torkham on Wednesday, may ignite fresh tensions between the two neighbours as Kabul earlier objected to the stringent border controls.

At his weekly briefing on Thursday, Foreign Office spokesperson Nafees Zakaria defended Pakistan’s decision saying effective border management was part of the country’s counter-terrorism efforts which, according to him, was in the interest of both Islamabad and Kabul.

“It is vital for checking infiltrations across the long and porous Pakistan-Afghanistan border,” Zakaria emphasised. He added that “the Afghan government’s cooperation in this regard is important for strengthening mutual security.”

In April, Pakistan efforts to regulate cross border movement of people and fencing of border led to the closure of Torkham crossing point for four days.

“These are not basically restrictions but are border management measures,” the FO spokesperson explained.  “We need to check whether the persons coming in have legitimate reasons to come to Pakistan as well as requisite documents. Similarly, we also need to check the reasons and the necessary documents of the persons going into Afghanistan,” he added.

How we can end Pakistan’s border security woes

He, however, said some humanitarian exceptions like patients and students who had been studying in Pakistan could be exempted from the new border management system.

When asked whether the Afghan government requested Pakistan to extend the deadline for new border management system, he said no such request had been made yet.

On the closure of the Afghan Consulate in Peshawar as a protest over the alleged harassment of Afghan diplomat by security officials, Zakaria clarified that there were designated routes for diplomats to reach the consulate or their offices.

“The checking on non-designated routes is very strict, which is done to ensure safety and security of the people,” he added.  “Pakistan, keeping in view all diplomatic norms and practices, facilitates and fulfils the security requirements of the foreign missions and their officials. They are well looked after.”

He said the Afghan diplomat took the route through a non-designated area. “One should remember that these security measures are taken all over the world not due to stringent policies of the host governments but for the security and safety of the people,” he further said.

“When all of us travel abroad we come across strict security checks at airports and you would have seen notices written at such security points that these measures are for our own security, so please cooperate. So, security checks should be seen in that spirit.”

Asked to comment on the future of four-nation peace initiative in the wake of killing of Taliban leader Mullah Akhtar Mansoor in a drone strike, the spokesperson insisted that the Quadrilateral Coordination Group (QCG) was very much in place.

“All members of the QCG, including Afghanistan, have been supporting the QCG and consider it a useful forum for facilitating the Afghan peace process,” he said. “We believe that a politically negotiated settlement is a viable option for achieving the goal of peace and reconciliation in Afghanistan. For which the QCG has a very important role to play,” he stressed.