Bob Gunnel says the heavyw­eight champi­on was being looked after by doctor­s as a 'precau­tion'
By News Desk
Published: June 3, 2016
Tweet Email 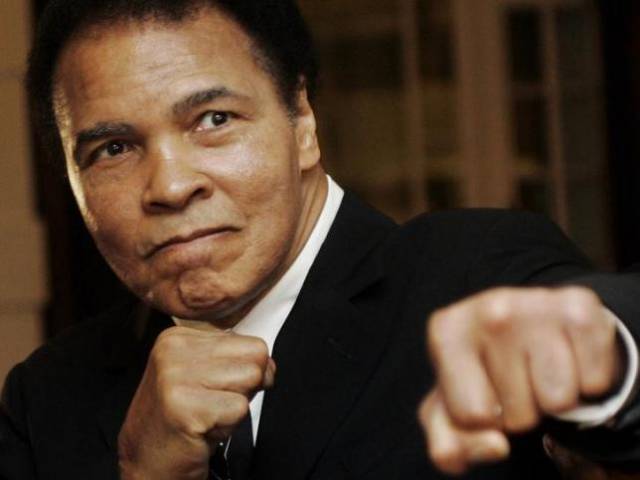 Boxing legend Muhammad Ali was shifted to hospital after he developed a respiratory problem, his spokesperson has said.

Bob Gunnel said the heavyweight champion was being looked after by doctors as a “precaution”, saying the legend was in “fair condition”, Guardian reported.

A brief stay is expected but he declined to identify the hospital or when Ali was admitted.

Ali has been battling with Parkinson’s disease for quite some time now.

Earlier in December, the former boxer condemned the proposal by Republican presidential front-runner Donald Trump to temporarily stop Muslims from entering the country.

Where the heart is: Masood hoping to hammer home the point