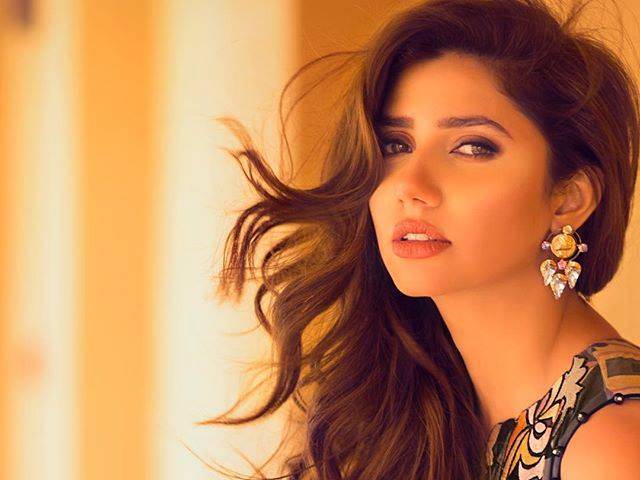 Mahira Khan’s star power has not gotten in the way of her being incredibly relatable, which is the root of her success. There are times she talks about Shah Rukh Khan as if she’s forgotten he is her co-star in the upcoming, highly-anticipated Raees, after all. For her, he is still The Shah Rukh Khan, Bollywood extraordinaire whose fame is of an inconceivable degree, as it is for many of us.

“He’s an experience. You have to experience Shah Rukh Khan,” she said during a live Facebook chat with The Express Tribune on Monday.

But being a fan herself doesn’t mean she can’t match up to the King Khan. In fact, the actor revealed she really wants to do something gritty for her next project. “I want to do a Raees; well, a female version of Raees — the character. Something dark.”

Who wouldn’t want to see that?

Speaking further about working with Shah Rukh Khan, Mahira said, “I felt like Alice in Wonderland, actually. It’s quite amazing to see someone who is that big a star and the way he is on set.”

She goes on to say, “Having worked with him so closely… In Raees, he was in this character that was scary because he would come out looking like this gangster. He just looked like… Raees. And he was so in character. The way he did his lines, the way he was doing it all, it was a treat to watch him as a fan and of course as a co-actor.”

We doubt she realised it, but Mahira just made it infinite times more difficult for her fans as well as Shah Rukh’s to wait for the highly-anticipated movie.

Mahira Khan sure knows how to make SRK jealous

Fans were left heartbroken when Raees‘ release was postponed till January next year. But there’s good news. Mahira disclosed she is in the process of finalising not one but a “few” projects.

“Because I thought Raees was coming out in July I stopped taking any work. I couldn’t do some amazing things that came my way. I had to let go some amazing films. Now, I have decided I have to work,” she said.

The workaholic that she is, Mahira says it’s becoming very difficult for her to deal with not being on set. “I am going completely crazy. I need to be on set. I need to be acting. I need to be reading a script. So I am looking into a few really good things.”

Of course, we don’t have the complete details yet, but Mahira assured her fans would soon learn more. “You guys should know, soon-ish,” she said. Men are victims of sexism as well: Kit Harington