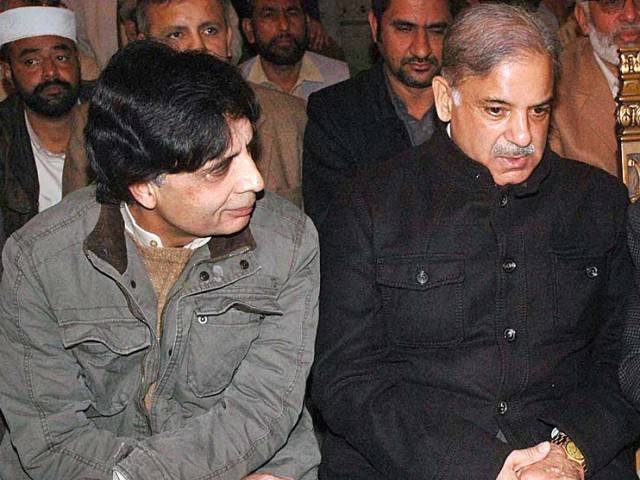 According to sources, the meeting continued for about two hours at the general headquarters (GHQ). Earlier, Punjab chief minister arrived from Lahore at the Islamabad airport, where the interior minister received him. Later, they arrived at the GHQ on a helicopter.

The army chief inquired from the Shahbaz Sharif about the health of Prime Minister Nawaz Sharif. The premier, who is currently in London on a personal trip, will undergo an open heart surgery on Tuesday. The army chief expressed his best wishes and prayed for the quick recovery of the prime minister.

Sources said the meeting expressed deep concern over the US drone attacks on Pakistani territory, especially the recent May 21 attack in Balochistan and termed them a violation of Pakistan’s sovereignty. In this regard, General Raheel briefed the two leaders about his recent meeting with the US Ambassador David Hale.

Drone strike on Pakistani soil detrimental to relations with US: Army chief

The interior minister said a meeting of the cabinet’s defence committee will be convened to discuss the important matters after the prime minister recovers from his ailment and comes home back from London.

In PM’s absence, who runs the govt?