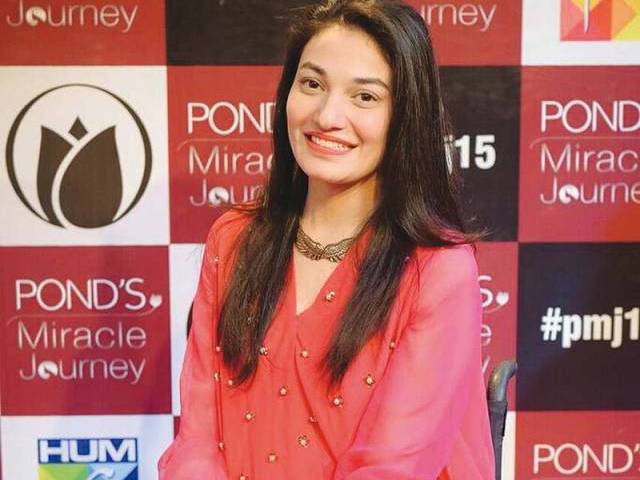 Several Pakistanis poured scorn on a proposal of the Council of Islamic Ideology (CII) that men be allowed to “lightly beat” their wives.

While many mocked the country’s top religious body and called for it to be disbanded, UN’s first woman Goodwill Ambassador to Pakistan Muniba Mazari shared a little food for thought.

Mazari shared a picture on Facebook of a billboard quoting a hadith which read, “Prophet Muhammad (PBUH) never hit a woman.”

“I have a 5-year-old son who wants to be as strong as a girl! And we both believe that real men don’t hit women! Period,” she said in another post.

The post triggered received much praise, with one user commenting, “What have they turned our peace loving religion into.”

CII dug themselves into a deeper hole on Friday after the body’s chairman Mualana Muhammad Khan Sherani defended the proposal, saying, “Do not try to relate our proposal (on beating women) with violence. Light beating does not mean violence.”

Mazari remained calm, but firm, and reminded us of the sane voices out there.

Mazari has represented the voice of women, men, girls and boys across Pakistan on issues of gender inequality and discrimination.

The Islamic body’s statement provoked people from across the country to hit back using Twitter as a medium.

#CII is a much bigger threat to Pakistan than even terrorism

No nation can rise to the heights of glory unless the women are side by side its men said Jinnah. NO says #CII pic.twitter.com/04zhatUDbb

Moulana Shirini of #CII should be booked in call for violence against women.

We need a council to protect ourself from the Council of Islamic Ideology. #CII