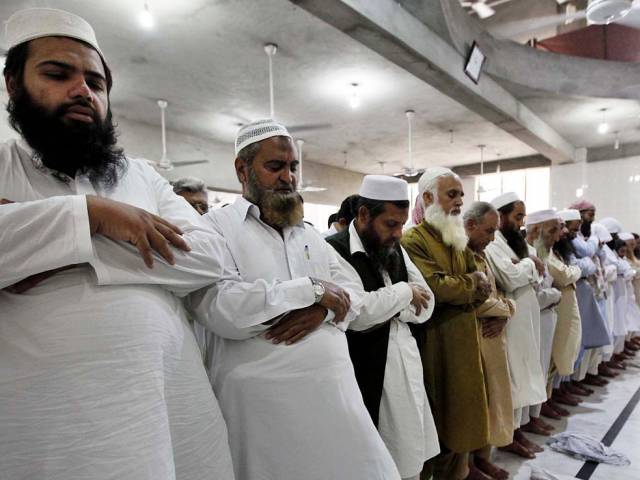 Mansour was killed in a rare US drone strike in Balochistan on Sunday.

The funeral prayers were held at the JuD markaz near Fawara Chowk, following which party activists marched from Fawara Chowk to the Peshawar Press Club in protest against the US drone strike inside Pakistani territory.

Drone strikes, the activists said, were against Pakistan’s sovereignty. The protesters also chanted slogans against the United States.

“Drone attacks in Pakistan is against the sovereignty and solidarity of the country,” said party leader Haji Muhammad Iqbal during his address. “America wants to take revenge of its failure [in Afghanistan] from Pakistan.

While confirming the death of the Afghan Taliban chief, Pakistan on Thursday said Washington’s action had scuttled efforts to bring the insurgent group onto the negotiating table.

“The death of Mullah Akhtar Mansour in a drone strike on May 21 has added to the complexity of the Afghan conflict,” Prime Minister’s Adviser on Foreign Affairs Sartaj Aziz told reporters at a news conference. “We believe that this action has undermined the Afghan peace process.”