The petiti­oner said Qazi was affili­ated with an organi­sation that had been placed under observ­ation
By Rana Tanveer
Published: May 2, 2016
Tweet Email 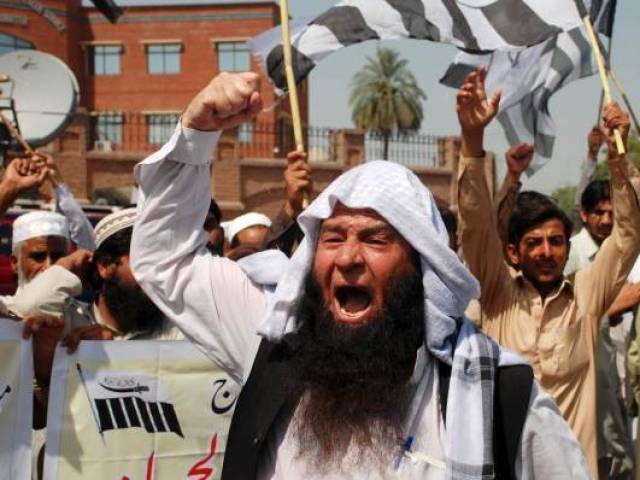 The court had issued the directive while disposing of a petition, filed by Khalid Saeed of Samanabad, against JuD’s Sharia courts.

Justice Shahid Bilal Hasan directed the home secretary to treat the petition as an application and proceed in accordance with the law after hearing the parties concerned.

Appearing before the court on behalf of the petitioner, Advocate Maqbool Hussain Sheikh had sought directions for the provincial government and the IGP to take action against Qazi Hafiz Idrees for issuing judge-like summons against his client.

This, he said, violated the Constitution and was akin to instituting a parallel justice system. Sheikh said it had also stoked mistrust regarding the nation’s judicial system in citizens’ minds. The advocate had also asked the court to direct the provincial government and the IGP to protect his client and secure his property from Qazi and his supporters.

The petitioner had said he received the notice written on the letterhead of Darul Qaza Alsharia of JuD Masjid Al-Qadsia in January 2016, on the complaint of one Muhammad Azam. He said an application was also attached with the notice that had been forwarded to JuD chief Hafiz Saeed against him. He said the notice had summoned him for January 25. He said he had also received phone calls in connection with the “summons”.

The petitioner said Qazi was affiliated with an organisation that had been placed under observation. He said notices issued by the aforementioned had no legal standing and amounted to warnings. The petitioner said he had earlier approached the provincial government, police and the chief justice of Pakistan to take action against Qazi in vain.

The LHC directed the provincial government last week to regularise the services of 150 contract employees of the Punjab Irrigation and Drainage Authority (PIDA).

Justice Muhammad Khalid Mehmood Khan had issued the verdict on petitions filed by Sayed Nasim Abass Zaidi and other contract employees of the PIDA.

He said they had been recruited following written tests and interviews but despite serving for 10 years, their services had not been regularised on the pretext that they were hired for a specific project.

An additional advocate general submitted that the services of the petitioners could not be regularised because they had been hired for a project that had ended.