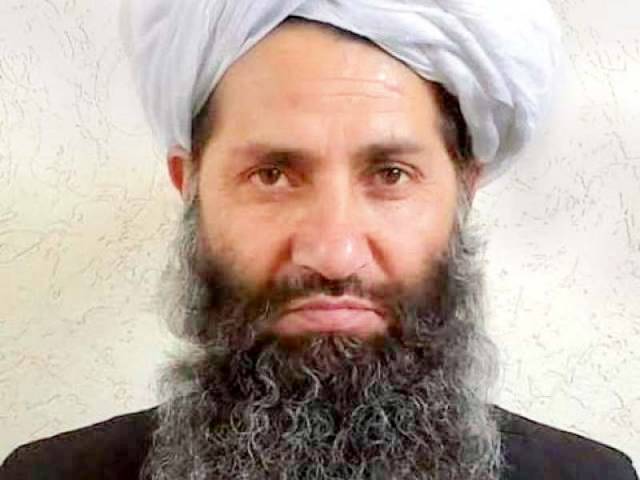 ISLAMABAD: The Afghan Taliban picked a top cleric, Maulvi Haibatullah Akhundzada, as their new chief in a swift power transition after officially confirming the death of Mullah Akhtar Mansoor in a US drone strike in a border region between Pakistan and Afghanistan.

Maulvi Haibatullah, who was previously one of Mansoor’s deputies, is seen as a unifying figure in the militant movement, though it remains unclear whether he will follow his predecessor in shunning peace talks with the Afghan government.

“Maulvi Haibatullah Akhundzada has been unanimously appointed as the new Amirul Momineen (leader of the faithful) by the Rahbari Shura (leadership council) of the Islamic Emirate. All the Shura members, religious scholars, teachers and jihadis swore allegiance to him,” the Taliban said in a Pashto-language statement emailed to The Express Tribune.

It added that Sirajuddin Haqqani, the head of the Haqqani network, and Mullah Yaqoob, the son of Taliban founder Mullah Omar, were appointed his deputies. Analysts had previously seen them as the most likely candidates for the leadership.

The Shura confirmed that Mullah Mansoor was killed in a US drone attack near the Registan area of the Afghan province of Kandahar and Naushki district of Balochistan. A Taliban leader disclosed that two wives and one daughter of Mansoor were also killed in the strike.

The leadership council paid homage to the slain leader and offered condolences to all Taliban leaders, foot soldiers and the bereaved family in particular over the ‘martyrdom of the Amirul Momineen’.

The Shura, however, reassured the Taliban that Mansoor’s death would not dent the movement and they would continue their ‘sacred struggle’ under the new leader. “Islamic nations have always faced such hardships but their resolve remained unshaken,” says the statement.

“Shaheed Amirul Momineen was a servant of Allah Almighty and a Mujahid (holy fighter). In a very short period, he set a lofty example of strong determination, faith, and high morale. All the Muslims, particularly the mujahideen, will be proud of it,” it added.

“He [Mansoor] did not succumb to pressure, threats or demands from the arrogant global power,” the statement said referring to the United States which has been fighting the Taliban since 2001.  “He did not accept any imposed processes and dictations, and internal and external conspiracies could not shake his determination.”

The Taliban political office in Qatar was quick to pledge allegiance to Maulvi Haibatullah, a Taliban statement said. From now on, the head of the office, Maulvi Sher Abbas Stanezai, and all members will follow instructions from the new leader.

It is widely believed that the US drone attack has almost killed hopes for reviving peace talks.  The new Taliban chief and his deputies will now focus on strengthening the movement militarily, says a Taliban leader. “While organisational matters will get priority, plans are being discussed how to reduce impact on fighting.”

The Afghan presidential spokesman hailed the appointment of Haibatullah as a good opportunity for the Taliban to return to peace talks and rebuild their country. “If they reject peace talks they will face the same fate as Mansoor,” Dawa Khan Menapal told AFP.

Observers say Haibatullah, who is from Kandahar, is seen as more of a spiritual figurehead than a military commander.

“Even if he favours peace talks, he is unlikely to proceed without consensus within the supreme council,” where many vehemently oppose negotiations, said analyst Amir Rana. “Haibatullah enjoys some moral supremacy within Taliban ranks but he will be more of a symbolic leader than a functional leader,” he added.

Though Haibatullah has been elected the new Taliban chief, insiders say the real power will remain with Sirajuddin Haqqani, known as Khalifa among the Taliban. He was practically leading the movement since Mansoor’s ascendency.

Haqqani is now the first deputy chief and the second deputy – Mullah Yaqoob – is also his follower. It was Sirajuddin who had got Yaqoob his top position in the Taliban hierarchy. He is the military strategist of the Taliban in 14 of Afghanistan’s 34 provinces. Sirajuddin had also played a key role in wooing back senior dissident Taliban leaders, including Abdul Qayyum Zakir.

Maulvi Haibatullah, 50, was the first deputy of Mullah Mansoor. Before his killing, Mansoor had written a will handpicking Haibatullah to be his successor, Taliban sources told AFP. Haibatullah was not among the founding members of the Taliban movement launched by Mullah Omar in 1994. But later he was among the several Taliban leaders who had been very close to Mullah Omar.

He is the son of Maulvi Abdul Sattar Akhundzada and belongs to Boldak district of Kandahar. He studied in various religious schools in Afghanistan. He also studied in Afghan refugee camps in Pakistan. He is considered a religious scholar and teacher of many Taliban fighters. He has also vast battlefield experience as he had taken part in Jihad against the Soviets.

Haibatullah has no political ambitions and could unite the Taliban splinter groups, according to a Taliban leader.

Taliban insiders say Haibitullah emerged as the strongest candidate when a suggestion was floated to appoint a lesser known leader to reduce risks to his life after the US drone killed Mansoor. He is not on the UN and US sanctions or terror lists.

ToRs committee: Panel decides not to appoint a chairperson