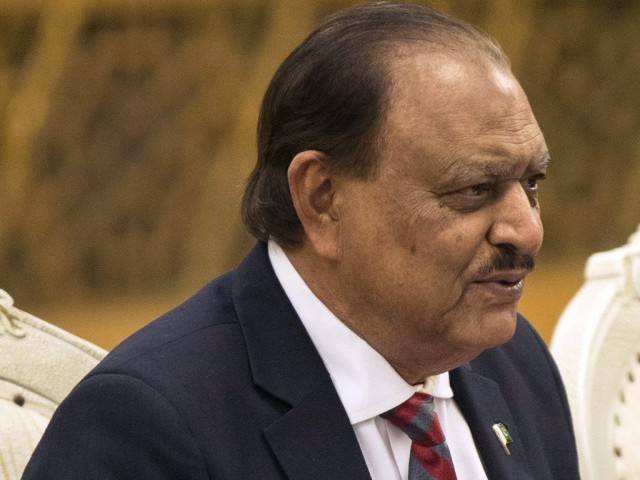 ISLAMABAD: President Mamnoon Hussain has urged the youth to acquire modern and scientific education to excel and compete with the rest of the world.

While speaking at the 7th convocation of Quaid-i-Azam University at the Jinnah Convention Centre on Wednesday, the president especially urged the women graduates to join the workforce and pursue post-graduate studies, even if they had to go abroad for the same.

Mamnoon also said that solution to all the problems facing the country lied in democracy and socio-economic stability.

“Social justice and good governance can only be ensured through a democratic dispensation,” the president said.

He said that all segments of the society were united in the quest to achieve progress and prosperity and the country was moving in the right direction.

The president said that the government was committed to improving the standard of life of the people and it was working for the development of the country.

“We need experts in economy, banking, science and technology and other important fields to take the process of progress and development forward,” he said.

The president said Pakistan would emerge as an important economic hub in the region after operationalisation of the China-Pakistan Economic Corridor.

He expressed his hope that the Gwadar Port would become functional by the end of 2016, which would usher in a new era of economic development and progress.

The president hoped that after completion of several ongoing energy projects, the country would get rid of electricity shortfall and load-shedding.

He noted with satisfaction that there was significant improvement in economic indicators as a result of government’s prudent policies and the improved law and order situation.

The president urged the rich to pay taxes in order to shore up more revenue for spending on public welfare projects.

Mamnoon said that corruption had eroded the foundation of the society and called for rooting out the menace to ensure economic development.