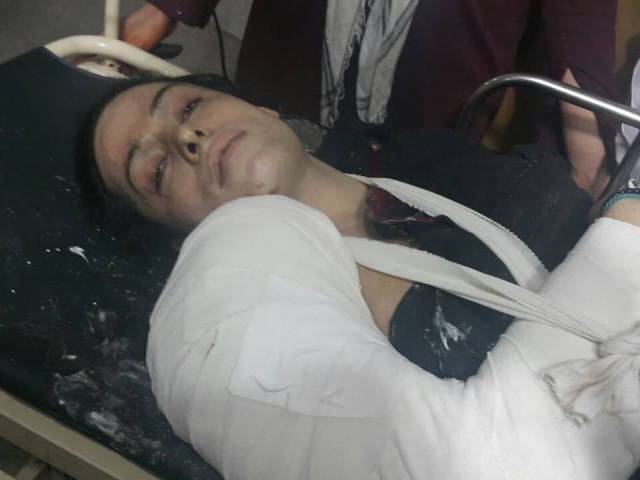 Khyber-Pakhtunkhwa Trans Action Alliance coordinator succumbed to her injuries on Wednesday after she was shot six times in Peshawar.

Alesha was shifted to Lady Reading Hospital in Peshawar in critical condition on Sunday night. However, LRH authorities could not provide her urgent care as they kept her waiting for over an hour while deciding whether to shift her in the male or female ward.

Qamar Naseem, coordinator of Blue Veins programme said LRH authorities are to blame for Alesha’s death as they “failed to provide her with urgent care or necessary facilities as she was transgender.”

“We blame LRH authorities for not giving Alesha urgent care or providing facilities to her even after her story was highlighted in the media and government officials took action,” he said.

Despite several requests to move her to the female ward, the injured was shifted to the male ward, triggering a protest from the transgender community and her relatives.

“We are running since 9:30 am till now (1:30pm) to find a bed for Alesha. We were asked to go to a male ward and from the male ward to the female ward. Upstairs, downstairs but this transpacific Hospital (LRH) has not place where a transgender in a critical condition can be treated no place in ICU no place in ward,” a post on the association’s Facebook page read.

“We had to pull the curtain after a long negotiation,” said Qamar Naseem, the coordinator of the Blue Veins programme. “We put Alesha on a bed in front of the lavatory,” he explained, adding that those were the only terms acceptable to the people in the ward.

A spokesperson for the LRH MTI who was present at the ward said the situation had been resolved. “The hospital was only acting as per the complaints of those admitted,” he said. Further, the spokesperson said the delay in shifting Alesha to a ward was because they were trying to arrange a private room after problems raised in the general ward.

However, Naseem said despite being moved to a private room in the hospital’s Bolton Block, no doctor came to see Alesha. “We urged LRH authorities to move Alesha to the ICU due to the nature of her injuries but they refused.”

The police registered an FIR against the culprits in the Faqirabad police station and further investigations are underway.

Qamar Naseem, the coordinator of the Blue Veins programme, said that 45 transgender people were targeted in Khyber-Pakhtunkhwa since January 2016 alone. He said that while sexual violence against the community was completely overlooked despite repeated attempts at seeking help from the local police, little had been done in terms of security.

Naseem said he had written to the Inspector General of Peshawar Police, identifying organised gangs that were involved in extorting money from the transgendercommunity but no action was taken despite pressure from the international community.

There has been an increase in incidents of violence against transgender people in K-P, where they have been beaten and their heads have been shaved. In more extreme cases, they have been targeted and killed.