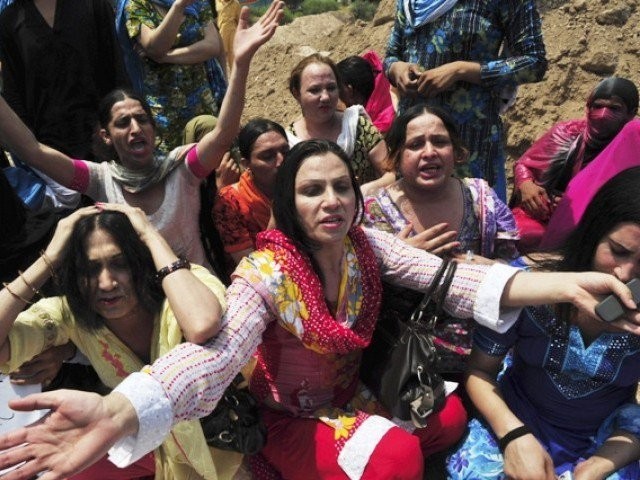 PESHAWAR: Armed men in Swabi abducted and gang-raped a transgender person on Monday after killing two others in a pre-dawn incident, police said.

The incident took place in the Yar Hussain neighbourhood of Swabi district, where a group of transgenders was returning home after performing a music and dance show at a wedding party.

Sajjad Khan, district police chief of Swabi in Khyber-Pakhtunkhwa, said the men were waiting for them in a field and tried to abduct all of them but they refused.

“The attackers opened fire after the refusal. One transgender and one drummer died on the spot while another was wounded,” Khan said.

Read: For the transgender, there is no place for refuge

The armed men then abducted one transgender who was released hours later, Khan said.

“The victim told police that he was set free after being gang-raped by four persons,” the police officer added.

A second police official in the area confirmed the incident and told AFP the six detainees often attended the shows by the transgender group.

“These men were fond of transgenders and used to regularly attend their music and dance shows,” the official said, requesting anonymity.

Roadmap to FATA: Rehabilitation strategy to be presented today