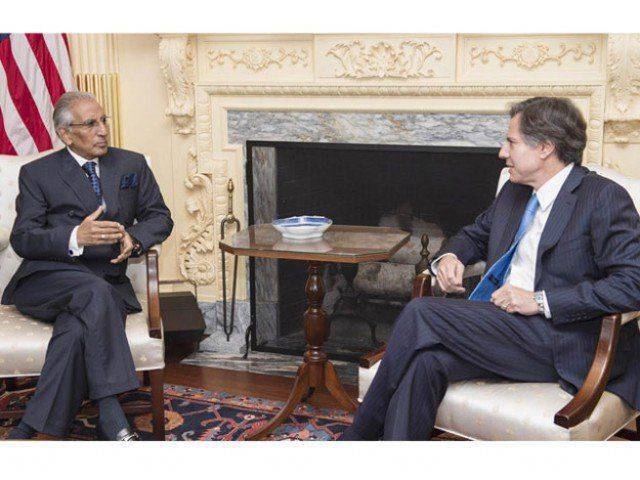 Pakistan summoned the US ambassador on Monday to express concern over the drone strike inside its territory, which reportedly killed Afghan Taliban chief Mullah Akhtar Mansoor.

Mansoor is believed to have been killed in a rare US drone strike in Kuchaki area of Naushki district, over 200 kilometres from Quetta, Balochistan.

Ambassador David Hale was called in by the Special Assistant to the Prime Minister on Foreign Affairs Tariq Fatemi wherein the latter pointed out that the drone strike was a violation of Pakistan’s sovereignty, according to a Foreign Office statement.

‘US forces will continue to go after threats on Pakistani soil‘

The attack is also a breach of the United Nation’s Charter that guarantees the inviolability of the territorial integrity of its member states, he added.

Fatemi emphasised such actions could adversely impact the ongoing efforts by the Quadrilateral Coordination Group (QCG) for facilitating peace talks between the Afghan government and Taliban.

The Special Assistant to PM underlined that Pakistan and the United States had been closely coordinating in the fight against terrorism, and that this cooperation needed to be maintained.

While the Washington said Prime Minister Nawaz Sharif was notified of the strike, Islamabad denounced the attack and termed it as a violation of its air space, saying only negotiations could bring a lasting peace to Afghanistan.

The US has carried out hundreds of drone strikes in Pakistan, mainly in the country’s border tribal regions with Afghanistan, with leaked documents showing Islamabad had quietly consented, despite publicly protesting.

On May 18, senior officials from Pakistan, Afghanistan, the United States and China had agreed to give peace a chance, saying talks remain the only option for bringing an end to the lingering conflict in Afghanistan.