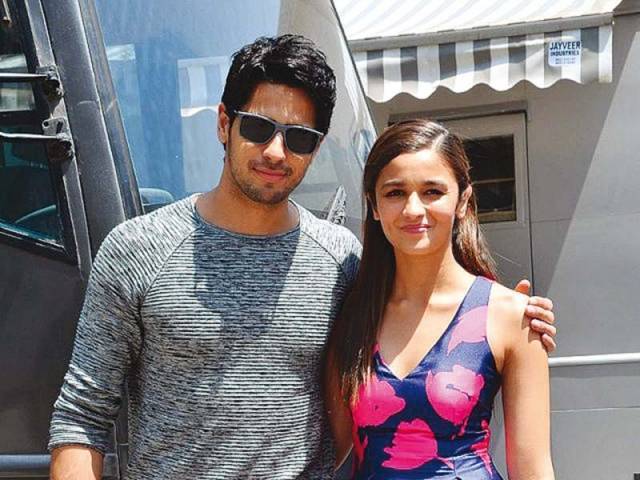 Sidharth and Alia were last seen together in Kapoor & Sons. PHOTO: FILE

The third instalment of Bollywood’s hit franchise Aashiqui is in the works. And it turns out that rumoured lovebirds Alia Bhatt and Sidharth Malhotra will be replacing the former on-screen couple Shraddha Kapoor and Aditya Roy Kapoor, reported Mumbai Mirror.

“Scripting is in progress but it should be up and running next year. Aashiqui 2 had lots of love, angst and music. I’m looking forward to more,” said Sidharth. Revealing that film-maker Mohit Suri wants him to croon a single Aashiqui 3, Sidharth shared he will be taking singing lessons soon.

“Mohit Suri wants me to sing one song,” he said, adding that learning to play the guitar is a prerequisite. “This kind of prep is a given today. I have to get rhythm in my voice and fingers.”

Asked if Alia is going to help him prepare since she is already a playback singer, Sidharth responded, “I hope so and if I can match up to her talent, maybe we could sing a duet. That would be a first for two actors who’ve debuted together.”

Reports suggest that Shraddha is not peeved about Alia being chosen over her, as she clarified that this film will tell a different story than its previous instalment. Earlier speaking at the promotion of her film Baaghi, Shraddha told the media, “Aashiqui 2 had a very strong connection with the audience. I hope people like and appreciate Aashiqui 3 in the same way,” reported The Indian Express.