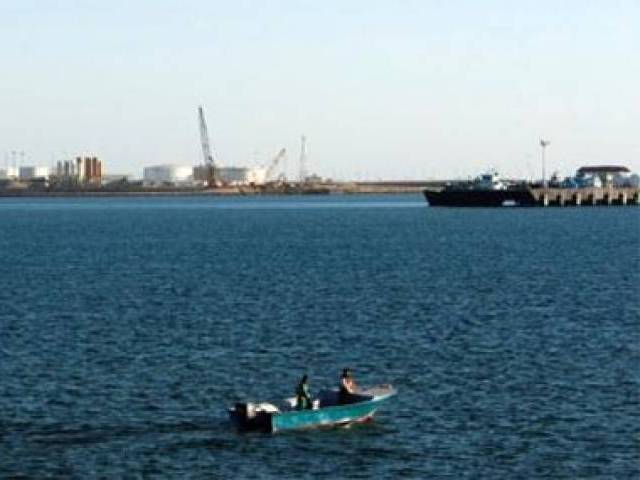 India is blocked from land access to Afghanistan to the central Asia countries because of opposition from Pakistan. PHOTO: REUTERS

NEW DELHI: India will on Monday sign a commercial contract with Iran to build and run a strategic port on Iran’s southern coast, the Indian government said on Friday, to help it gain a foothold in Iran and win access to central Asia and Afghanistan.

Talks to build the Chabahar port have been on for years but since the scaling back of Western sanctions against Iran, India has pushed hard for the project so it doesn’t lose out to other such as China, who are keen to invest.

The deal under which India will develop two terminals and cargo berths at Chabahar, on the Gulf of Oman, will be signed during a visit by Prime Minister Narendra Modi to Iran beginning on Sunday.

Gopal Baglay, a foreign ministry official in charge of Iranian ties, said India would make an initial investment of more than $200 million in the port, of which India’s Exim Bank would provide a credit line of $150 million.

“The focus of the trip is connectivity and infrastructure,” he told reporters.

India is blocked from land access to Afghanistan and through it to the central Asia countries because of opposition from Pakistan, which sees India’s expansive diplomacy in the region as a threat.

Baglay said India, Afghanistan and Iran would separately sign an agreement to set up a trade and transport corridor during Modi’s trip that will have Chabahar as the hub.

Road and rail links are to be built so that landlocked Afghanistan can get access to the Iranian port as an alternate to the Pakistani port of Karachi.

“The trilateral agreement will be a game changer for regional connectivity especially for Afghanistan which can find an assured and reliable alternate access to India via sea,” Baglay said.

Chabahar is about 100 km from Pakistan’s Gwadar seaport which China is developing as part of a $46 billion China-Pakistan Economic Corridor.

The Chinese project, coming on top of investments in Sri Lanka, Bangladesh and the Maldives raised disquiet in India about China’s expanding reach in the region and prompted faster movement on the Iranian project.

“A major flaw in India’s current policy towards Iran has been the lack of implementation of signed agreements,” said Meena Singh Roy, an expert on India’s ties with Iran at the Institute for Defence Studies and Analyses.