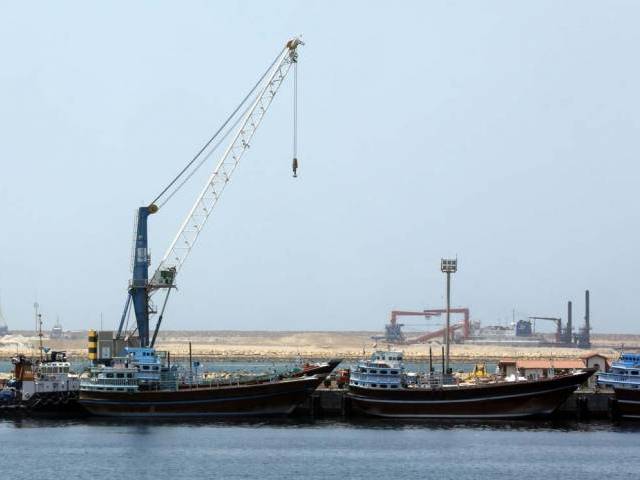 A partial view of the Kalantari port in city of Chabahar. PHOTO: AFP

NEW DELHI: India approved a $150 million project to develop the strategic Iranian port of Chabahar, which includes a transit route to Afghanistan bypassing Pakistan, a government statement said on Wednesday.

New Delhi signed a multi-million-dollar memorandum of understanding with Tehran last May to develop the port on its southeastern coast, but the deal had been stuck since. The approval came at a cabinet meeting chaired by Prime Minister Narendra Modi.

The statement said the project would “provide opportunities to Indian companies to penetrate and enhance its footprint in the region.”

“Cabinet approves provision of credit of $150 million USD to Islamic Republic of Iran for Chabahar port development,” the statement said. “India is negotiating this project to facilitate the growing trade and investment with Iran and other countries in the region, notably Afghanistan..,” it added.

The port’s location will also help it compete with China, which is investing heavily in Gwadar port in Balochistan, in the race to boost business interests in the region.

India to sign port deal with Iran, ignoring US warning against haste

Afghanistan’s chief executive Abdullah Abdullah, who was in New Delhi earlier this month, had hoped that the Chabahar port proposal would be approved soon.

“The development of Chabahar port in Iran is key to India-Afghanistan trade. It can act as a gateway towards opening new energy and trade routes not only in Afghanistan but in Central Asia as well,” Abdullah said at the time.