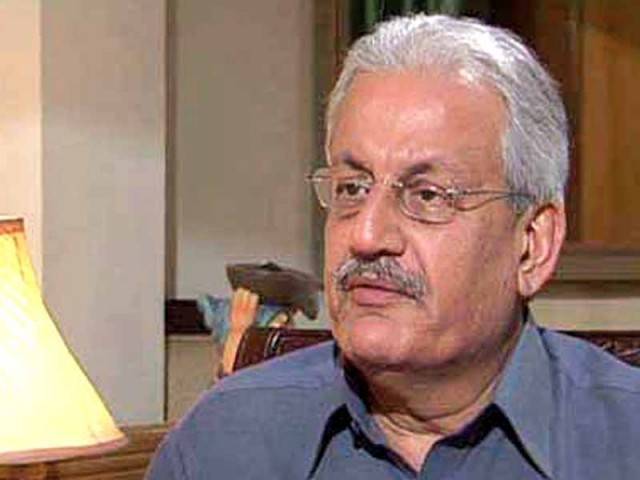 ISLAMABAD: The screening of two documentaries, focusing on the walled city of Lahore and violence against women respectively, on Monday, was attended by prominent politicians and ambassadors.

The films, “Posheeda Qadam — Hidden Footsteps” and “An Ode to The Mystic City — Androon Lahore” were screened by Nomad Art Gallery at Serena Hotel.

Speaking about women’s struggle against violence, Senator Raza Rabbani said that there was a need to talk about the issues raised in the film and to dismantle them.

“This can only be stopped by us and the society through education,” he said.

Rabbani said that unless we stood for our rights and raised questions, and provided alternatives to people; operations against terrorism would not have an impact.

German Ambassador Ina Lepelshared, while sharing her views on the walled city of Lahore, said that the old city had gone through a restoration process in the past couple of years and it felt great to see that the contribution towards it had paid off.

“Although [the restoration] revolved around infrastructural upgrading and preserving historical places, it particularly included comprehensively planned water solutions, which were essential,” she said.

Australian High Commissioner Margaret Adamson said that the documentary film on violence against women presented an issue that was important in Pakistan and all over the globe.

She said that the world needed to join hands to combat and overcome inequality.

Nageen Hyat, director of Nomad Art Gallery, who also directed and produced “An ode to the mystic city”, said that she was honoured that it was being screened at various places.

“Film is a very powerful medium; we need to use it to create awareness about issues that really matter. Sometimes we feel really lonely standing on the streets raising our voices about important issues, but recording it on film, makes us share our experiences with so many others,” she said.

Hyat also quoted an international journalist who said that the world was trying to show bloodshed and violence in Pakistan, but film and art was a way to show the world that it had a bright future.

The documentary films have been screened in China and are scheduled to be screened in Norway and London later.