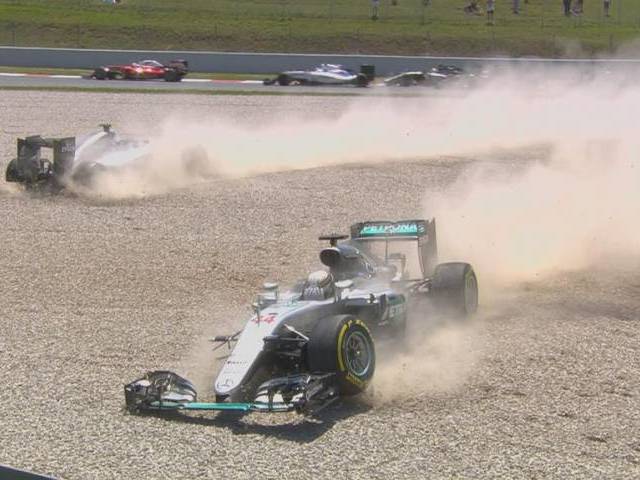 BARCELONA: Lewis Hamilton and Nico Rosberg crashed out of the Spanish Grand Prix when their Mercedes’ collided on the first lap on Sunday.

Hamilton started from pole but was quickly overtaken by his German teammate.

As Hamilton tried to retake the lead, his car ran onto grass and bumped into Rosberg. Both cars then span out of control into the safety gravel.

The accident triggered the safety car to come out on the track.

Mercedes’ non-executive chairman Niki Lauda appeared to lay the blame for the incident at Hamilton’s feet.

“Lewis is too aggressive. I need to talk to them and hear their explanation and then we will see what happens.”

With lots of shaking of heads in the Mercedes pits and race stewards holding an investigation into the drama the race resumed on lap four with in the lead the Red Bulls of Daniel Ricciardo and his new teammate, Dutch teenager Max Verstappen.