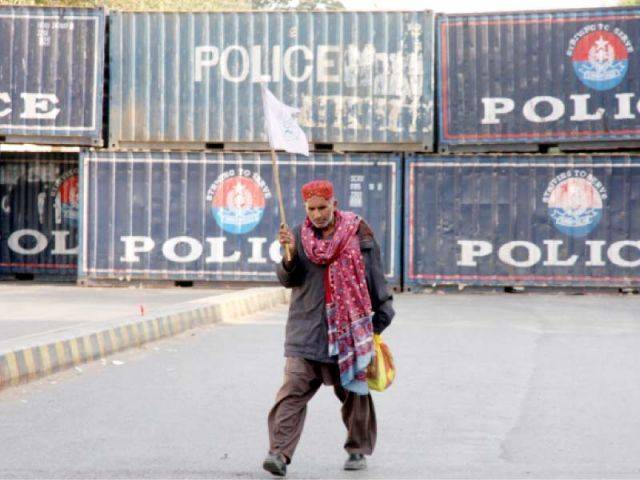 “Dr Ziauddin Ahmed Road has been closed for security reasons and the traffic is being diverted to alternate routes,” sources in the traffic police told The Express Tribune on Sunday.

Containers were put on roads overnight by security officials amid fears of a potential attack on the chief minister’s residence.

Meanwhile, Zaki’s relatives and supporters, along with his body, staged a protest in city’s Red Zone. His funeral prayers were later offered outside the CM House.

The protesters demanded registration of an FIR in the murder of the civil society activist.

Zaki was a vocal critic of extremist elements. He had spearheaded a campaign against Maulana Abdul Aziz, the cleric of Islamabad’s Lal Masjid, when the latter refused to condemn the December 2014 Peshawar school carnage.

An editor for the blog, ‘Let Us Build Pakistan’ and former television journalist, Zaki had also been campaigning against sectarian violence in the country.