Screen­ing was an invite-only affair with emails sent to guests direct­ing them to use the backdo­or entran­ce
By Our Correspondent
Published: May 6, 2016
Tweet Email 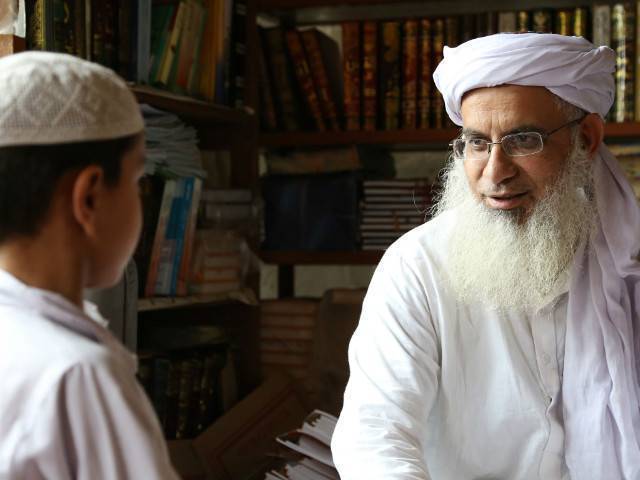 Invite was sent to guests through a private email with directions mentioned in it. PHOTO: VARIETY

KARACHI: Mohammad Ali Naqvi’s documentary Among the Believers may have been slapped with a ban by the country’s censor board, but behind closed doors the film on Lal Masjid cleric Maulana Abdul Aziz was screened privately in Karachi.

All hush-hush, the screening was an invite-only affair with emails sent to guests directing them to use the backdoor entrance.

Last week, the documentary based on Lal Masjid’s controversial chief cleric was barred from being screened at a two-day event organised by the Foundation of Arts, Culture and Education in Islamabad. The documentary allegedly shows “anti-state elements” and violates the Motion Picture Ordinance of 1979.

Festival organiser Arieb Azhar confirmed they had received a notification directing them to not screen Among the Believers as well as Besieged in Quetta. “We weren’t given any proper reason, only blanket generalisations that say the movies contain negative elements,” festival director Anum Abbas chimed in.

Although unsure what exactly the objectionable material is in the films, Azhar speculated the decision could have stemmed from the issues that the documentaries address. “One of the films is about Lal Masjid and the other is about the plight of Quetta’s Hazara community,” he added.

However, he feels there was nothing controversial about them and instead praised them for their excellent reportage and unbiased narratives. “If you see Among the Believers, it is an excellent documentary that shows all sides of the picture but unfortunately, it has been banned because it discusses Maulana Abdul Aziz and Lal Masjid.”

On Wednesday, the International Documentary Association urged the Central Board of Film Certification to lift the ban on Naqvi’s documentary.

Last week, in a press release Naqvi said that it is worrying that the film has been termed unfit for release in Pakistan. “It is a deeply worrying trend. After being screened in over 20 countries and winning 12 awards, we are shocked that Among the Believers has been banned from screening in its own country,” the director said.