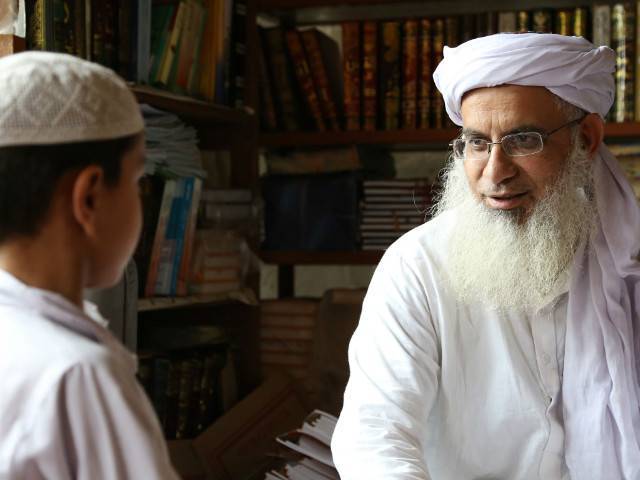 Documentary based on Maulana Aziz is banned for showing “anti-state elements”. PHOTO: VARIETY

The International Documentary Association has urged the Central Board of Film Certification to lift the ban on a documentary based on the controversial chief cleric of the Red Mosque Maulana Aziz.

Among the Believers was barred from being screened at the two-day event organised by the Foundation of Arts, Culture and Education in Islamabad as it shows “anti-state elements” and violates the Motion Picture Ordinance of 1979.

“On behalf of the International Documentary Association, I am writing to urge Pakistan’s Central Board of Film Censors to lift the ban on the documentary Among the Believers.

The documentary follows Maulana Aziz, chief cleric of the Red Mosque, as he wages a war against the Pakistani government with the aim of imposing Shariah law throughout the country. It also chronicles the lives of two teenage students who are pawns in his ideological war, and showcases the brave Pakistani activists fighting to stop the spread of extremism.

We at IDA have watched the film and we feel that it is a thoughtful, thorough and sober exploration of issues of interest to those within Pakistan and around the world.

We are not alone in finding Among the Believers to be a vital film. It has been shown in 50 film festivals in 25 countries and on five continents, won 12 awards, and received near-universal acclaim from critics at publications like the BBC, Washington Post and the Guardian. But the country where Among the Believers would have its greatest impact is Pakistan. The film has a critical and extremely relevant message about the dialogue between moderate Muslims and radicals. It is about Muslims reclaiming their own faith.

The film’s intentions and impact are contrary to the censor board’s statement that it “projects the negative image of Pakistan in the context of the ongoing fight against extremism and terrorism.”

The IDA believes that documentary filmmakers have the right to hold the governments in their countries accountable; it is through this kind of free expression that we strengthen our democracies.

We oppose this censorship and we strongly urge the censor board to reconsider this decision and lift the ban.”

The director of Among the Believers took to Facebook to thank IDA for their support.