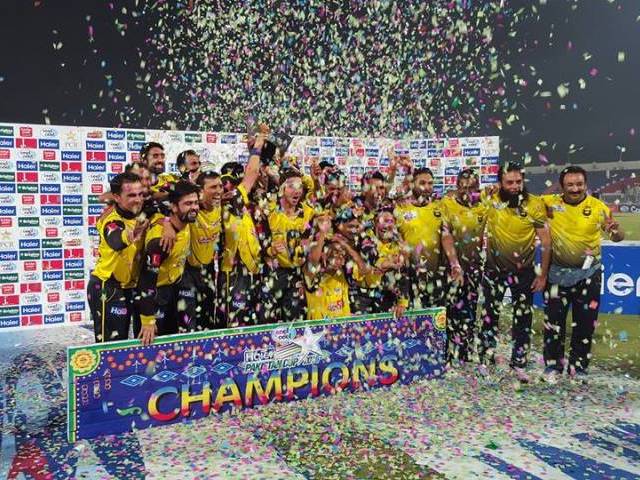 The Peshawar team celebrates their win over Punjab. PHOTO: fb.com/PCB

An inspiring ton by Fakhar Zaman enabled Khyber-Pakhtunkhwa to clinch the inaugural Pakistan Cup one-day tournament through a massive 151-run victory over Punjab in the final match at Iqbal Stadium on Sunday.

Batting first, the mighty K-P posted a total of 311 runs for the loss of nine wickets in their allotted 50 overs with the help of Fakhar Zaman, who smashed 12 fours and three sixes to score 115 runs off 111 balls.

Chasing 312, Punjab were restricted to 160 runs in 36.1 overs as K-P’s Zohaib Khan and Yasir Shah took three wickets each giving away 23 and 26 runs respectivel. K-P’s Ziaul Haq took two for 25 runs while Muhammad Asghar and Fahim Ashraf took one wicket each.