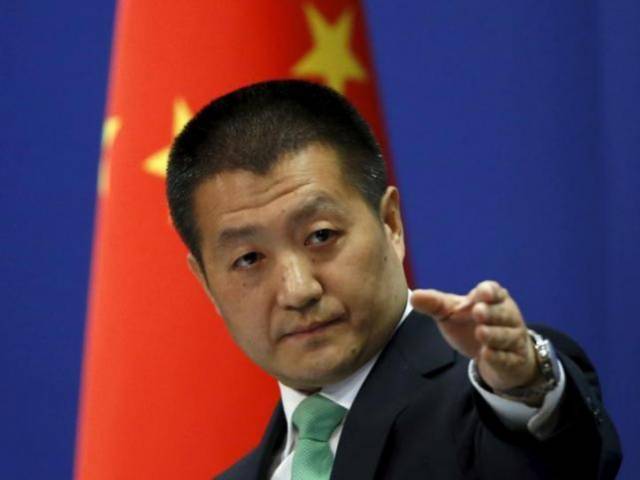 It was not immediately known what prompted the Chinese action, but it comes amid growing tension between the two countries over Beijing’s moves to assert its claims to much of the South China Sea.

“We were recently informed that a request for a port visit by a US carrier strike group, including the USS John C Stennis and accompanying vessels, to Hong Kong was denied,” Commander Bill Urban, a Pentagon spokesman, said.

“We have a long track record of successful port visits to Hong Kong, including with the current visit of the USS Blue Ridge, and we expect that will continue,” he added.

It was the first time US naval ships had been denied permission to make a Hong Kong port call since August 2014, Urban said.

The Chinese Foreign Ministry told Hong Kong’s South China Morning Post newspaper that port calls by US ships are decided on a “case by case basis in accordance with sovereignty principles and specific circumstances.”

US Defense Secretary Ashton Carter visited the Stennis on April 15 as it sailed off the Philippines near the disputed area where China has expanded islets and reefs into islands capable of supporting airfields and other installations.

During a preceding stop in Manila, Carter had emphasized that the United States would support the Philippines and other allies as they faced “coercion and intimidation.”

The two countries also announced they have begun joint naval patrols in the South China Sea, and Carter said a contingent of 275 US troops and five A-10 ground attack aircraft in the Philippines for an annual exercise would remain in the country until the end of the month.

China claims nearly all of the South China Sea, through which pass some of the world’s most active shipping lanes. The Philippines, Vietnam, Malaysia, Brunei and Taiwan also have overlapping claims.