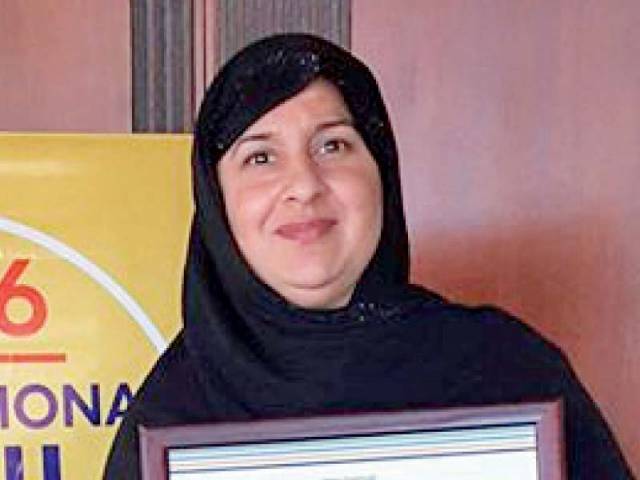 Adnan hails from Saidu Shareef in Swat and was born in 1975. She completed her intermediate in fine arts from a degree college.

Tabassum was married off at 13 and divorced her husband after 20 years. She is the mother of four children and a victim of domestic violence.

A space for women

After the security situation deteriorated in Swat, she raised a voice for women and took the initiative to form the Khwendo Jirga to tackle their issues.

Traditionally, Pukhtun women are not allowed to hold jirgas as it offends the male-dominant mindset. It is largely difficult for women to hold jirgas in K-P’s patriarchal society, but her bravery and freethinking made her goal possible.

“As a result, many women are benefitting from Tabassum’s services,” her brother Irfan Hussain told The Express Tribune.

After the jirga was constituted, she held seminars and conducted meetings highlighting the importance of women’s right to vote.

“We all are overwhelmed with joy over her success and the award adds to our determination to work for women,” Hussain said.

Earlier, she won the 2015 Secretary of State’s International Woman of Courage Award as a victim of domestic violence who is fighting for the rights of other women. In 2013, she was awarded the Human Defenders Award.

After Malala Yousafzai’s Nobel Peace Prize, women from Swat have been at the receiving end of prestigious awards, thus showing their abilities and determination.

Earlier in 2015, Hadiqa Basheer from Swat clinched the Muhammad Ali Humanitarian Award for her services.