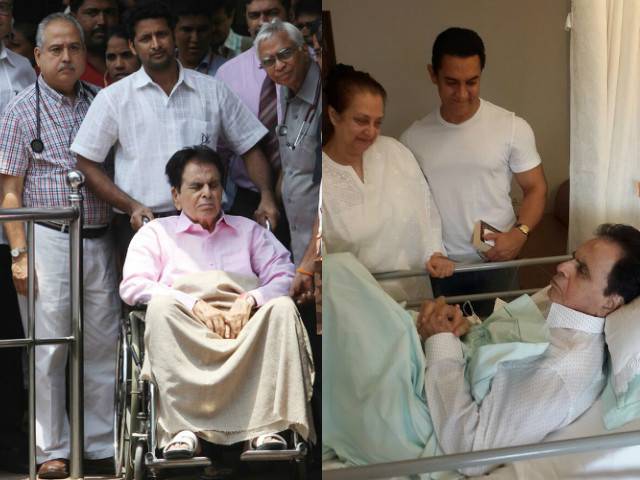 Veteran actor Dilip Kumar, who was admitted to Lilavati Hospital on April 16 for treatment of high fever and nausea, was discharged from the hospital on Thursday.

Saira Banu’s manager Murshid Khan told IANS: “Dilip sir has been discharged and he is back home. He is feeling better now.” Saira Banu, earlier said that the actor was hospitalised because of high fever, chest infection and respiratory problems.

The actor took to Twitter on April 20 to share a picture his beloved wife had taken, saying: “Saira just clicked this. She said my mother (in the frame) is keeping watch over me.”

Saira just clicked this. She said my mother (in the frame) is keeping watch over me. pic.twitter.com/F9KSOxz1aE

He also sent blessings to Bollywood actor Aamir Khan who visited him on Wednesday.

Allah's mercy and blessings on all for keeping me in your duas. Thank you @aamir_khan for spending time. pic.twitter.com/9ZwUchQAcv

Megastar Amitabh Bachchan was also ecstatic to have received an exclusive picture from Saira Banu straight from the hospital bed.

T 2230 – Moment of joy and pride .. Saira ji sends me this :
"from Dilip Saab to you with love from the hospital" pic.twitter.com/JbEqQBzAQq

The acting legend, whose real name is Mohammad Yusuf Khan, was last seen onscreen in the film Qila in 1998.