Palmyra Arch to be recreated in London's Trafalgar Square

The reconstruction, which coincides with World Heritage Week 2016, will use 3D printing and carving technologies 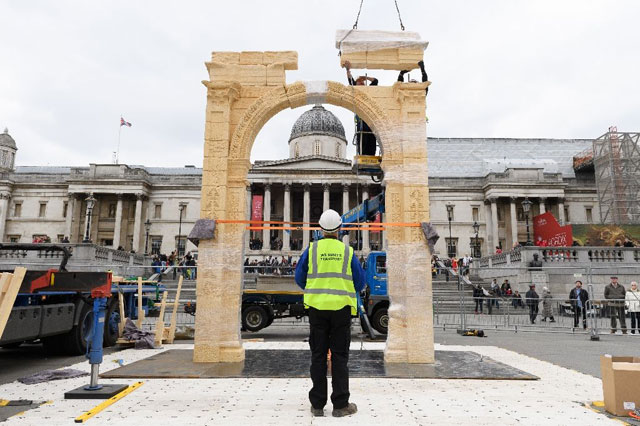 Archeologists were on Tuesday to build a full-scale recreation of the iconic Arch of Triumph from the ancient Syrian city of Palmyra in London's Trafalgar Square to mark its liberation from Islamic State (IS).

The reconstruction, which coincides with World Heritage Week 2016, will use 3D printing and carving technologies, and is being undertaken by Oxford's Institute for Digital Archaeology (IDA). It will be in place until Thursday.

The Russian-backed Syrian army ousted Islamic State fighters from Palmyra in March following a 10-month occupation by the jihadists, who destroyed the 2,000-year-old Temple of Bel and shrine of Baal Shamin, a dozen of the city's best-preserved tower tombs and the Arch of Triumph dating from around 200 AD.

Archaeologists fear the city will never be fully restored to its former glory.

"No one should consider for one second giving terrorists the power to delete such objects from our collective cultural record," said IDA director Roger Michel

"It must be promptly and, of course, thoughtfully restored," he added.

The remains of the Arch of Triumph, dating back to the era of Roman Emperor Severus in the third century, currently lie on the ground, leaving only the two columns that once sustained the central crown still standing.

"The life of the Syrian people rests on their cultural identity, and Palmyra represents one of the most unique and exceptional cultural heritage sites, not just in the Syria but the whole world," said Syria's top antiquities official Maamoun Abdulkarim.

"We know that the plans to restore Palmyra to its former glory are grand, but they can be realised if the task is treated as a global mission," he added.

Made of Egyptian marble and constructed in Italy, the reconstructed arch will stand approximately 20 feet tall (six metres).

The arch will then travel to both Dubai and New York City for further public displays.

London mayor Boris Johnson said he was "very proud" the city was hosting the arch, "in a stand against this violence and in the quest to share the experience of this irreplaceable artefact". 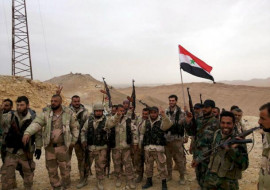 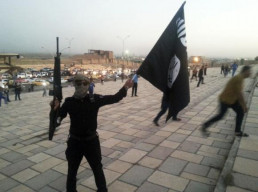 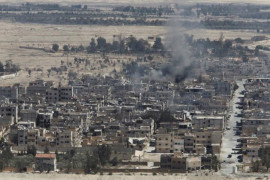