Earlie­r this month, Basit had indica­ted that an Indian probe team was unlike­ly to be allowe­d to visit Pakist­an
By News Desk
Published: April 19, 2016
Tweet Email 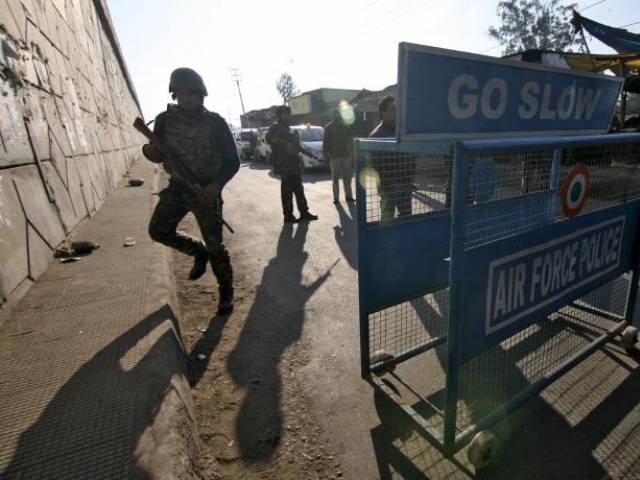 Islamabad may consider a request from India to allow its investigators to visit Pakistan to further probe the Pathankot attacks.

Prime Minister’s Adviser on Foreign Affairs Sartaj Aziz stated on Monday that “once the stage [where information has been analysed] is reached and India makes a request, then we will see.”

“I think once the investigation is complete, on the basis of what additional information is required, a decision (to allow Indian investigators to visit) is made,” Aziz told CNN-News18 in an interview.

When asked that High Commissioner Abul Basit recently stated that bilateral dialogue between Pakistan and India was “suspended” and suggested that there was no question of reciprocity in allowing officials from India’s National Investigation Agency (NIA) to visit Pakistan, Aziz said that it was not so clear cut.

“I don’t think he (Basit) used that word, he said that right now cooperation is more important than that of reciprocity and doesn’t exclude the option,” Aziz responded adding that the statement that cooperation was more important should not be over-interpreted.

Earlier this month, Basit had indicated that an Indian probe team was unlikely to be allowed to visit Pakistan.

India is hopeful that Islamabad will allow its team of investigators to visit Pakistan to further their probe on the Pathankot attacks.

Hajj 2016: Each pilgrim to get personal tracker