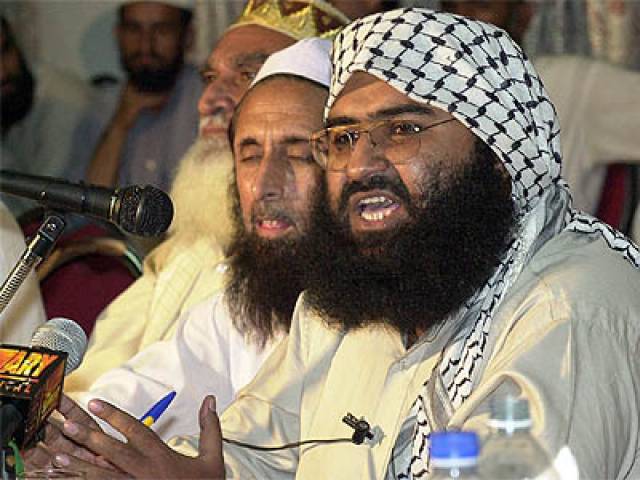 ISLAMABAD: A team constituted by Pakistan to investigate last month’s deadly attack on an Indian airbase has concluded that there is no substantive evidence to suggest Maulana Masood Azhar, the head of the outlawed Jaish-e-Muhammad (JeM) militant group, ordered or masterminded the assault.

Six gunmen attacked an Indian Air Force base in Pathankot on January 2, leading to a three-day-long standoff that killed seven soldiers. New Delhi had claimed that the attackers belonged to the JeM and they had sneaked in from southern Punjab district of Bahawalpur. The claim was based on mobile communication the Indian spy agencies had intercepted between the attackers and their alleged handlers in Pakistan.

Subsequently, a crackdown was launched in Punjab against the JeM, its headquarters was sealed and dozens of activists detained. The SIT has since been working on the Indian ‘leads’. It is also expected to visit India to study the evidence the Indians have.

Now, The Express Tribune has learnt from officials privy to the SIT investigations that Pakistani authorities have conveyed to New Delhi that there was no substantial evidence that could prove the involvement of Maulana Azhar in the Pathankot assault.

Premier Nawaz, who held two important meetings with the military leadership last week, along with his National Security Adviser Lt-Gen (retd) Nasser Khan Janjua, had given the go-ahead for sharing the SIT findings with India, according to credible sources. Accordingly, Janjua contacted his Indian counterpart Ajit Doval to update him on the SIT probe and to work out possible dates for talks between the foreign secretaries of the two countries.

Pakistan’s civil and military leadership was informed that India wanted Pakistan to implicate Maulana Masood Azhar and his top aides in the Pathankot attack, sources said. The evidence of JeM’s alleged involvement was also shared by India with the United States, the United Kingdom, France and Japan. And New Delhi had somehow managed to get an assurance from these countries that Islamabad would take action against the JeM leadership.

According to sources, the SIT informed the civil and military leadership in a last week meeting that the Indian evidence was insufficient to implicate Maulana Azhar. The SIT had sought further information from India which it refused to share. However, the team did not rule out involvement of some low cadre members of the JeM, saying that too could be established only if New Delhi shared the information they have asked for.

Sources said Janjua told Doval that the SIT was ready to visit to India but New Delhi should not pin high hopes on the team which has already completed his investigations based on the ‘leads’ provided by India. Janjua told the civil and military leadership that India was pushing for the SIT visit before the foreign secretary-level talks in an effort to sooth frayed tempers at home.

On its part Janjua has conveyed to his Indian counterpart that Pakistan was ready to welcome Foreign Secretary Subrahmanyam Jaishankar before or after the SIT visit, sources said. “Now the ball is in India’s court. India will have to take a decision on the foreign secretary-level talks and hence the future of the peace process,” one source added.

SIT Convener Rai Tahir confirmed to The Express Tribune that they have sought more information from India on the Pathankot attack which it has not provided thus far. About SIT’s India’s visit, he said it was for the government to decide.

Copyright violations : HEC struggles to get varsities to act against plagiarists