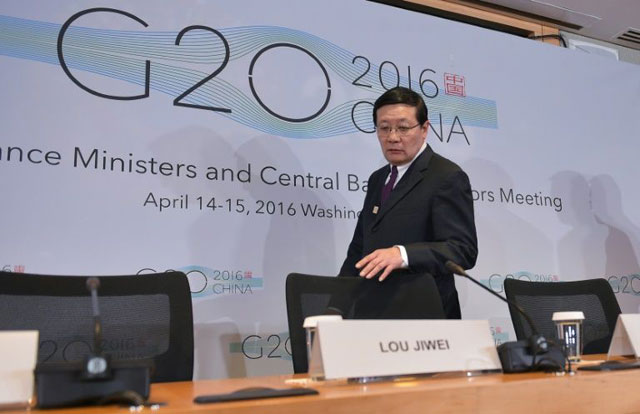 The world's leading economies took a step toward denying tax evaders and money launderers around the world the ability to hide behind anonymous shell companies.

Acting in the wake of the "Panama Papers" scandal, finance chiefs of the Group of 20 powers meeting in Washington supported proposals requiring authorities to share the identities of shell companies' real owners.

They also backed creating a blacklist of international tax havens that do not cooperate with information-sharing programs.

Making the beneficial owners of companies, trusts and foundations transparent "is vital to protect the integrity of the international financial system," the G20 finance ministers and central bank governors said in a statement.

Doing so is important "to prevent misuse of these entities and arrangements for corruption, tax evasion, terrorist financing and money laundering."

Files from the leaked document trove of Panama law firm Mossack Fonseca showed Soria was an administrator of an offshore firm in 1992. He was just the latest in a number of powerful officials, including the leaders of Russia, Iceland, Britain and Argentina, linked by the Panama Papers to offshore tax havens.

The leak provided the impetus for the strong proposals to the G20 Thursday by Germany, France, Italy, Spain and Britain.

The five said they would take the lead on creating an international database that provides tax and other authorities the identities of the owners of shell companies, trusts, foundations and other vehicles often used to hide assets.

"Today we deal another hammer blow ‎against those who hide their illegal tax evasion in the dark corners of the financial system," British Finance Minister George Osborne said in a statement.

France 'wrong' to designate Panama as a tax haven

The move laid out a challenge to both Britain and the United States, where the use of shell companies is legal and widespread.

"We need to act to deal with tax shelters and the problems of the international tax system permitting havens," which most people see as "unfair," he said.

Under pressure from the IMF and World Bank to help prevent the world economy from stalling, the G20 also pledged to support growth with more investment and other fiscal actions, rather than relying on central banks to stimulate activity with monetary measures such as negative interest rates.

"We will use fiscal policy flexibly to strengthen growth, job creation and confidence."

Lew said the talks focused on the need for more investment in sustainable infrastructure.

But the rest of the world should not depend on the United States to spur demand, Lew warned.

"The United States cannot and must not be the only engine of growth, nor the importer of first and last resort for the global economy," he said. "All major economies need to deploy a full toolkit of economic policy measures."

The G20 ministers, however, warned that the global economy faced a number of serious risks, among them the possibility that Britain would pull out of the European Union.

"Geopolitical conflicts, terrorism, refugee flows, and the shock of a potential UK exit from the European Union also complicate the global economic environment," they said.

The G20 statement came during the IMF and World Bank Spring Meetings, where officials warned of potentially severe damage to regional and global economies from the so-called Brexit.

With two months to go before Britain holds a referendum on splitting with the EU, IMF chief Christine Lagarde called on the two sides to save their "long marriage."

"Because keeping Europe together after what it has gone through over the last century, and what the risks are on the horizon... is actually a huge asset which is vastly underrated in my view," she said. 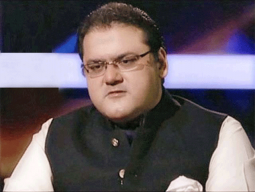 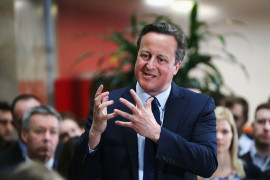 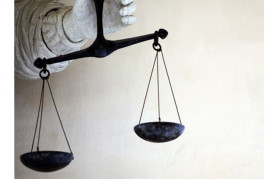