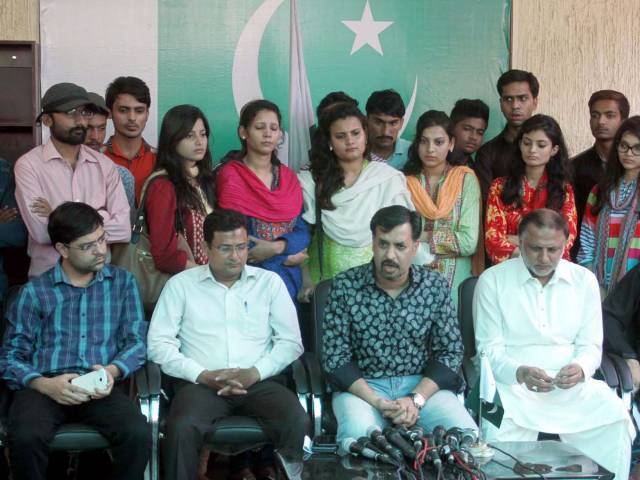 “We welcome APMSO’s senior leader Muhammad Raza and his workers into our party,” Kamal said while addressing a press conference at his residence in Karachi on Monday.

On the occasion, the former Karachi mayor targeted MQM supremo Altaf Hussain for ‘his anti-people politics’.

“Altaf has been asking workers to create teams for assaulting political opponents and the poor people of Karachi,” he claimed.

Kamal said the MQM chief was being aided by Nadeem Nusrat in breeding target killers.

He demanded the government to announce a rehabilitation package for those who have been ‘misused’ by the MQM.

“Although, initially I faced resistance from my family members; now they are also convinced I am doing the right thing by supporting Mustafa Kamal,” he said.

Environmental negligence: Police yet to arrest suspects for chopping down 70 trees