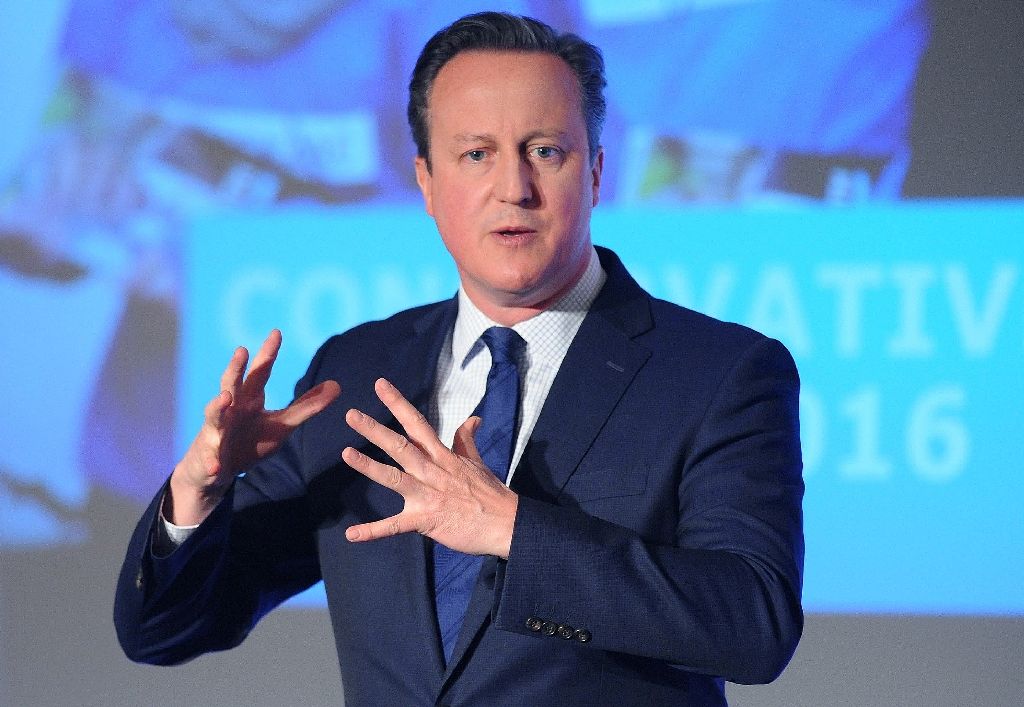 British Prime Minister David Cameron on Sunday released his tax details in a bid to head off a row over his father's offshore business, and announced a new taskforce to scrutinise the so-called Panama Papers.

Hundreds of demonstrators rallied outside Cameron's office Saturday calling for his resignation after he finally admitted to having held shares in his late father's Bahamas-based investment fund, which cropped up in the documents leaked from Panama law firm Mossack Fonseca.

It is likely to raise further questions about whether the gift from his mother came in part from offshore funds.

The prime minister admitted on Saturday it had "not been a great week", and that he "should have handled" the situation better, having at first said it was a private matter.

"I know there are lessons to learn and I will learn them.

The revelations appeared to have undermined Cameron's claims to be spearheading a global clampdown on offshore havens.

But the prime minister on Sunday insisted Britain was at the "forefront of international action to tackle aggressive tax avoidance and evasion" with the announcement of the Â£10 million taskforce, according to a statement from the Treasury.

The force will be led by the HMRC tax authority and the National Crime Agency, and will investigate the leaked files from Mossack Fonseca to identify clients suspected of money laundering and tax evasion.

Cameron admitted on Thursday that he and his wife had held a stake in his father's Blairmore Holdings scheme. They bought the stake for Â£12,497 in 1997 and sold it for Â£31,500, four months before he became prime minister in 2010.

Protesters, many wearing Panama hats and some carrying signs reading "Eton's Mess", in reference to the exclusive school attended by Cameron, and "What goes in Panama does not stay in Panama", marched from Cameron's central London office to Trafalgar Square on Saturday, bringing traffic to a halt.

The revelations in the Panama Papers, resulting from what the law firm blamed on a computer hack launched from abroad, revealed how the world's wealthy stashed assets in offshore companies.

Meanwhile, a major anti-government rally attracted thousands of protesters in Iceland on Saturday, the sixth consecutive day of protests since the document leak.

The leak has already claimed the scalp of prime minister Sigmundur David Gunnlaugsson following revelations that he and his wife owned an offshore company in the British Virgin Islands and had placed millions of dollars of her inheritance there.

The issue is particularly sensitive in Iceland following the 2008 collapse of the nation's three main banks, which plunged the country into a deep recession and left thousands mired in debt.

In Panama, President Juan Carlos Varela said Friday that France's decision to put the central American country on its list of tax havens in the wake of the revelations was "wrong".

"The decision taken by France's government is a wrong and unnecessary step, even more so given the communication between both heads of state and the fact the world needs multilateral cooperation from all countries to tackle global problems," he told reporters.

He added that his finance minister, Dulcidio de la Guardia, would travel to Paris on Tuesday to stress that Panama was a country that was "dignified, respectful and open to dialogue", as well as one committed to greater transparency.

No arrests were made.