They have found streets filled with rubble, ransacked houses with holes blasted in them and a ghost town 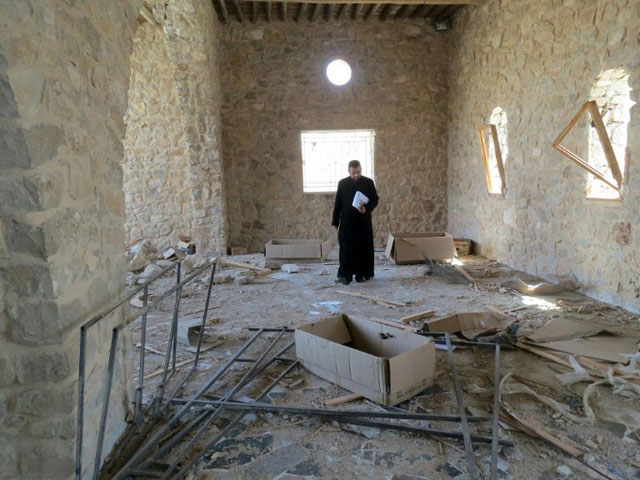 Bassam Dabbas did not think he would survive to see his hometown of Al-Qaryatain retaken when Islamic State group seized control and captured him and hundreds of other Christians.

Now, around eight months later, he stands in the charred remains of the Mar Elian church where he once used to pray, and struggles to digest that he has returned to see government forces in charge.

"I have just come back today," the 55-year-old mechanical engineer told AFP. "I still haven't seen my house."

Al-Qaryatain was once viewed as a symbol of tolerance where Christian and Muslim communities had lived together for centuries, but when the extremist fighters of Islamic State arrived last August all that changed.

Dabbas was one of some 270 Christians rounded up and transported around 90 kilometres (55 miles) east deeper into the Syrian desert and locked up by Islamic State in an underground dungeon.

"You cannot believe their behaviour: there is no human behaviour at all," Dabbas, who dreams of restarting his small business making raisin butter, said in broken English.

"It's hard to believe that I am still alive."

Luckily for the group, after 25 days most were released -- Dabbas does not know why -- and he returned to Al-Qaryatain before eventually fleeing Islamic State-controlled territory for a government-held village near the central city of Homs.

Now, just five days after regime forces recaptured the town in what appears to have been ferocious fighting, he is one of a small trickle of the roughly 30,000 people that used to live here who have begun to return.

They have found streets filled with rubble, ransacked houses with holes blasted in them and a ghost town that will take a long time to rebuild.

Just off a central square, Faisal AbhelRahim shows journalists through the home he has just come back to.

The living room ceiling is smashed in, the kitchen is in chaos and a lot of possessions have been looted.

"I am very sad to see it like this, it is very painful," he said.

"We hope the Russian and Syrian armies return security to this town and then we can rebuild everything again."

The capture of Al-Qaryatain is part of a broader offensive that has seen Syrian government forces backed up by Russian firepower retake the historic city of Palmyra -- some 100 kilometres to the northeast -- and delivered a major propaganda coup for both Damascus and Moscow.

Russian soldiers on Friday handed out food packages to civilians from the back of an army truck in front of the cameras of journalists on a tightly controlled visit organised by the defence ministry in Moscow.

"There was a very fierce battle to take control of the town, but thank God we were successful with the help of our friends," said Syrian army colonel Ezdasher Mando.

However, the situation remains extremely fragile, and Mando says the nearest Islamic State positions are in hills some 10 to 15 kilometres away.

"We are getting ready to beat them back still further," he said.

For the people of Al-Qaryatain, the main focus now is trying to return their lives and their homes to the way they were before Islamic State came.

Retired army officer Mustafa Shablakh has come back to town with his brother, but left the rest of his family in Homs.

He says his house has been "50 percent destroyed" and is currently occupied by a pro-government militia that refuses to leave.

But the main thing for him is to be back in his hometown and rid of the Islamic State fighters.

Islamic State hints at attacks in London, Berlin and Rome

"As long as the town is free of those criminals it is OK," said Shablakh, who was running a workshop fixing engines before he had to flee.

And now, despite the vast challenges, the rebuilding can begin.

"Berlin was flat once and now it is a great city," Shablakh said. 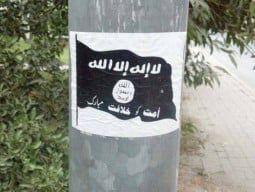 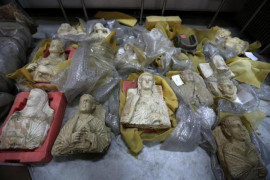