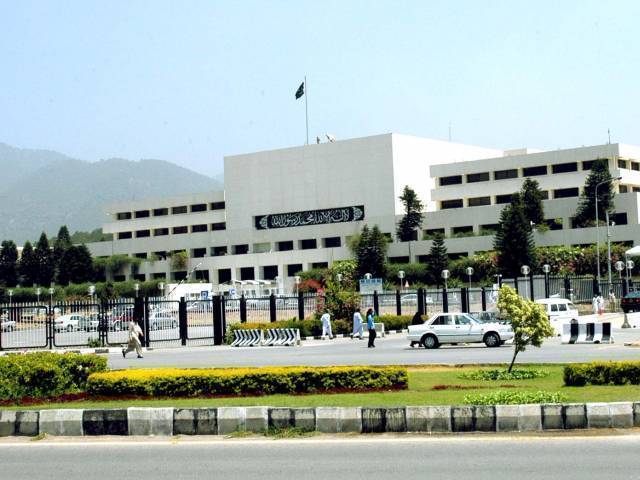 Opposition parties in the National Assembly have demanded an independent forensic audit of the offshore assets owned by the family of Prime Minister Nawaz Sharif to prove his moral authority for carrying on as the premier.

Nawaz’s two sons and a daughter have been named in the documents leaked from the Panama-based law firm Mossack Fonseca for owning offshore businesses.

While the Sharif family has denied any wrongdoing, the prime minister has announced a judicial investigation into the allegations against his family.

But the debate raged on inside the lower house of parliament on Thursday.

The National Assembly had 10 points on its agenda for Monday but Opposition Leader Khursheed Shah requested Speaker Ayaz Sadiq to allow discussion on the revelations of Panama Papers and the emerging situation.

The adjournment motion from Law Minister Zahid Hamid started the debate after Defence Minister Khawaja Asif gave the go-ahead the government was ready to discuss the issue.  Otherwise low in attendance, legislators from both the treasury and opposition benches ensured their presence in the house.

Shah rejected the judicial commission formed by the PM, saying the judges would have no idea about Panama leaks and would sit with no authority to question or seek information from outside the country.

“Judges have no experience of such audits and do not have the know-how of doing such a job,” he contended.

The opposition leader claimed the commission could not probe the case in three years let alone three months. He added the PM’s speech had created more questions while his son had accepted the offshore accounts. The defence minister then stood up to respond to Shah, but most of his points pre-emptively targeted Pakistan Tehreek-e-Insaf (PTI) chief Imran Khan, who was to be the next speaker from the opposition’s side.

Asif said the names of the judicial panel members would be announced in a day or two. Once the terms of reference (TORs) are announced, he added, nobody will object to the transparency of the commission’s functions.

“Even then if someone has an issue with the probe body then they should seek the Supreme Court’s assistance,” he suggested.

The minister said during the Pakistan Peoples Party’s government, no such commissions were formed despite several high-profile cases of wrongdoings in rental power plants, liquefied petroleum gas, hajj quotas, etc.

Targeting the PTI chief, Asif said a person who ran a charity should be extra careful but endowment funds of Shaukat Khanum Memorial Cancer Hospital had been used in offshore companies. “What was return on that money and where did it go,” he asked, adding that one must ask him (Imran) where the money went.

He then shared a two-day-old tweet of Imran which condemned offshore investments and an old document, in which the PTI chief had stated that “offshore accounts are not a crime”.

Asif then raised both the papers, attracting a round of applause from the treasury benches. “I will not get into the details and call spade a spade but I assure you all that the trail of the money will be established,” he concluded.

The PTI chief, however, questioned Asif why the allegations were surfacing after the Panama Papers had divulged information about the assets of the Sharif family. “If the government knew my hospital’s money was being misused, they should have arrested those involved,” he added.

“We should make a commission under the chief justice of Pakistan and involve forensic investigators, who can look into white-collar corruption,” Imran suggested, adding the commission should hire an audit company as well.

He contended the PM had no moral authority to continue after such allegations and warned if the judicial commission was not empowered, his party would once against take to the streets.