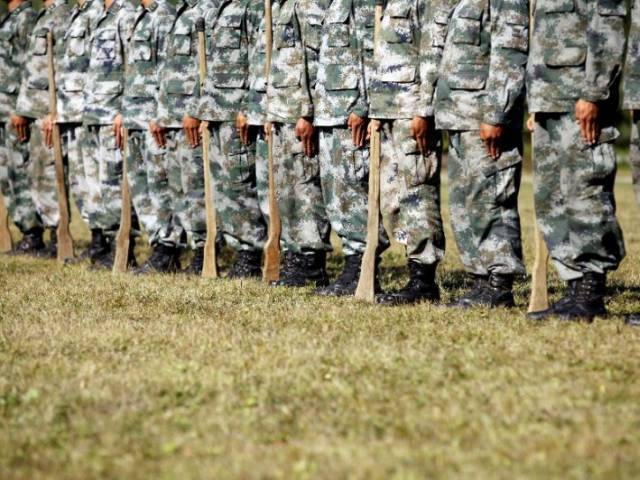 For the full-year 2015, world military spending totalled $1.67 trillion, a rise of one percent from the previous year.

The increase was attributed primarily to more expenditure in Eastern Europe, Asia and the Middle East, while the decline in spending in the West was levelling off, SIPRI said.

The United States remains in pole position as the country that spends the most on its armed forces, by far.

Washington’s military spending budget of $596 billion was down by 2.4 percent from the previous year, a smaller decline than in recent years.

During the 10-year period from 2006-2015, the US military budget shrank by four percent, while China’s soared by 132 percent. Those of Saudi Arabia and Russia also increased significantly, by 97 and 91 percent respectively.

France, which had the fifth biggest budget in 2014, fell to seventh place behind Britain and India.

Military spending budgets continued to decline across Western Europe, albeit less sharply than in recent years.

“The reasons for the change in trend are Russia, IS and NATO politics,” Perlo-Freeman said, noting that Alliance members have agreed to maintain spending at two percent of their gross domestic product until 2024.

In Asia, rising spending in Indonesia, the Philippines, Japan and Vietnam reflected tensions with China and North Korea, SIPRI said.