One can only hope that the new & improv­ed Myanma­r will also provid­e justic­e & equal rights for its minori­ties as well
By Editorial
Published: April 2, 2016
Tweet Email 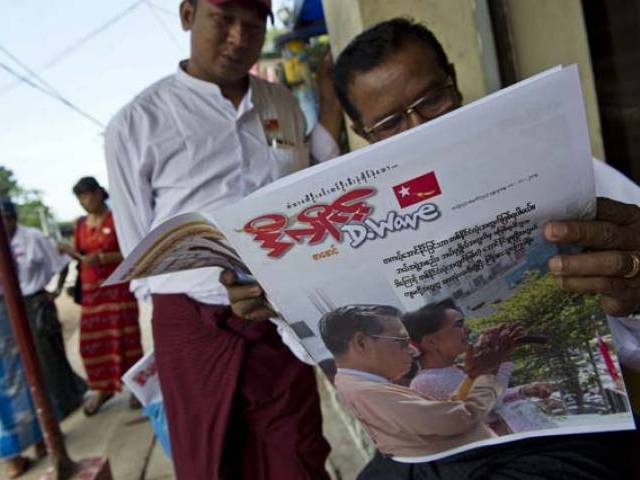 Finally, after half a century of military-led regimes, Myanmar has sworn in a fully democratic government. The National League for Democracy (NLD) is now reaping the rewards of its struggles and has joyously sworn in Htin Kyaw, a close confidant of Aung San Suu Kyi, as the president. Ms Suu Kyi herself was barred from taking the post due to legal restrictions put in place by previous governments. The NLD and Myanmar’s people are rightfully emotional at this time of political upheaval in the country. For decades, the military has quashed dissent with an iron fist. Ms Suu Kyi herself remained under house arrest for well over a decade and her party was not allowed to assume power despite populous support and electoral victories. In the face of these difficulties and the very real dangers faced by all those who decided to oppose the military dictatorship, the NLD stood firm and rallied Myanmar’s people in their arduous struggle for freedom.

The NLD’s newly formed government is being termed the beginning of a new era in which Myanmar can learn from the success stories of other countries which managed to institute successful democracies after long periods of dictatorial rule. Pledges have been made to improve living standards, bring peace and formulate a constitution, which will ensure the continuation of democracy in the country. The party hopes to limit the military’s interventions in government matters. However, this will be a delicate balancing act, which will require the cooperation of the military leadership.

While most of Myanmar celebrates the coming of a new and hopefully better age, its disenfranchised minority of Rohingya Muslims is still waiting for the day when its plight, too, will be shown the same level of concern within Myanmar. There has been international pressure on Ms Suu Kyi to take the issue more seriously but she and her party have so far not presented any conclusive views in favour of the Rohingya. One can only hope that the new and improved Myanmar will also provide justice and equal rights for its minorities as well.