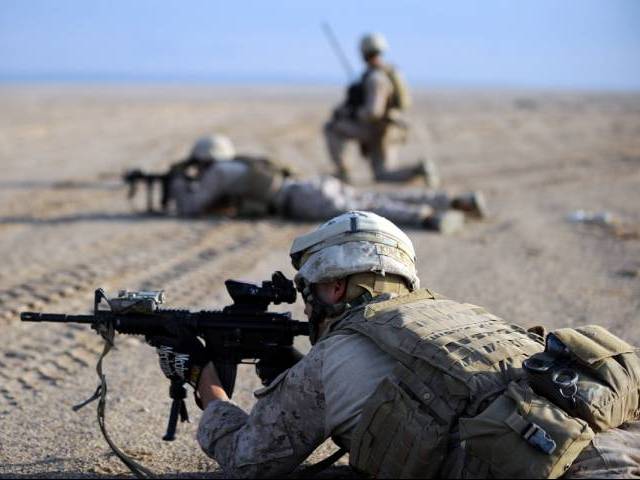 WASHINGTON: The US military’s top general said Tuesday he has drawn up recommendations for the US troop presence in Afghanistan next year and submitted his proposals to Pentagon chief Ash Carter.

The United States is trying to determine how many forces should remain in Afghanistan, where Taliban militants have made significant gains since Afghan security forces took over from NATO troops in 2015.

With fewer US troops in Afghanistan, pressure grows for more air strikes

The American and NATO combat mission in Afghanistan officially ended in December 2014, though the alliance left in place about 13,000 troops, most of them American, in a training and advisory mission.

The number of US troops is due to drop to 5,500 starting in January 2017 — down from 9,800 currently — but Taliban success on the battlefield is forcing officials to rethink that plan.

“I have crafted a recommendation to the secretary of defense,” General Joe Dunford, the chairman of the joint chiefs of staff, told the Center for Strategic and International Studies in Washington, giving no details.

“The secretary and I… at some point in the future will bring those recommendations forward to the president.”

Since the Afghans took over security the Taliban have dealt some stinging blows — including the brief capture of the major city of Kunduz — that jolted confidence Afghan government forces could hold their own against the insurgents.

Dunford said it was important NATO and the United States quickly determine troop levels for next year.

General John Nicholson, the new senior US commander in Afghanistan, had previously said he would make a proposal within 90 days of taking up the post on March 2, but Dunford said he was not going to wait.

“NATO… have to make a decision on what forces would be deployed in January of ’17 and then they have to train those forces in the next six months, so we can’t wait 90 days for an assessment in Afghanistan before we move forward,” he said.