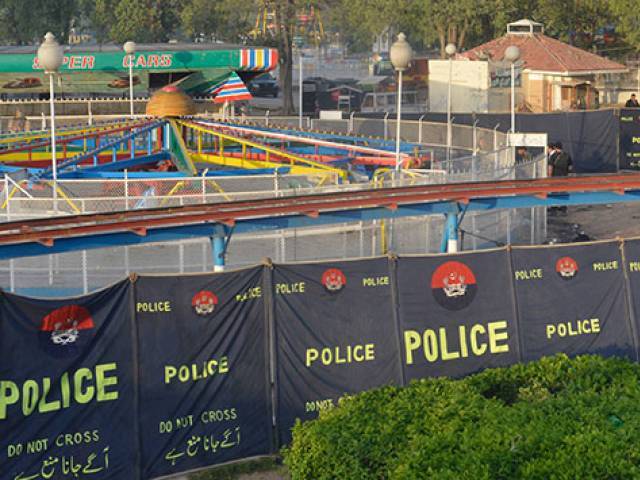 The move represents the civilian government once again granting special powers to the military in order to fight militants. The crackdown would give paramilitary Rangers extraordinary powers to conduct raids and interrogate suspects similar to those the Rangers have used for more than two years in Karachi, said a senior security official based in Lahore.

“The technicalities are yet to be worked out. There are some legal issues also with bringing in Rangers, but the military and government are on the same page,” he told Reuters on condition of anonymity as he was not authorised to share details of the plan.

One other military official and two government officials confirmed the decision on condition of anonymity.

“Number of suspect terrorists and facilitators arrested and huge cache of arms and ammunition recovered,” the DG ISPR said in a tweet that gave no detail.

Chief of Army Staff General Raheel Sharif chaired a high-level meeting at the General Headquarters in Rawalpindi to review the progress of an operation which began after the deadly attack.

“The army chief chaired a high-level security meeting at GHQ today to review progress of operation in Punjab to nab terrorists in the aftermath of Lahore Blast,” the military’s media wing Inter-Services Public Relations said.

DG ISPR Asim Bajwa further claimed that intelligence agencies along with Pakistan Army and Rangers have carried out five operations in Lahore, Faisalabad and Multan since the attack on Sunday.

“Operations continue with more leads coming in,” he tweeted.

Int agencies with Army& Rangers carried out 5 ops in Lhr,Fsd&Multan since last night. Ops continue with more leads coming in-2

He made these remarks while chairing a high-level meeting in Lahore which reviewed Lahore terror attack and overall strategy against the terrorists.

He said the provinces should also speed up intelligence-based operations against terrorists.

“We must take this war to the doors of terrorist outfits before they are able to hit our innocent country men,” PM Nawaz said.

He further said that winning the war against terror is imperative for Pakistan.

“Our resolve is getting stronger against terrorism and coward enemy is hitting soft targets in utter desperation,” the premier said.

“Our goal is not only to eliminate terror infrastructure but also the extremist mindset which is threat to our way of life.”

“Terrorists have assassinated my kids, sons and daughters in this war and god willing we will wipe them out from this country,” the prime minister added.

The meeting was briefed by heads of law enforcement and intelligence agencies on different leads based progress regarding Lahore attack.

At least 72 people were killed and more than 233 injured when a suicide bomb ripped through the parking space of a crowded park in Lahore where Christians were celebrating Easter Sunday.