Sidra Ameen become­s player of the match for her maiden half-ton from 48 delive­ries
By Sports Desk
Published: March 24, 2016
Tweet Email 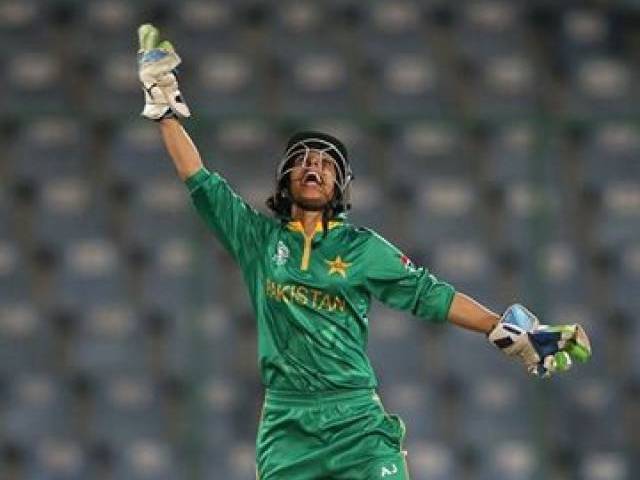 Bowling first, the national women’s team restricted their opponents to 113 for nine, with Anam Amin and Asmavia Iqbal getting two wickets apiece.

Fargana Hoque was the top scorer for Bangladesh, scoring 36 off 37 balls.

Pakistan reached their target in 16.3 overs, thanks to 99-run partnership between Sidra Ameen and Bismah Maroof.

Sidra was player of the match for her maiden half-ton from 48 deliveries.

Earlier on Saturday, the women’s team won against India by two runs in the tournament under the Duckworth-Lewis method after rain disrupted the match.

People of all faiths mark festival of colours