Hassan Rouhan­i is schedu­led to arrive in Islama­bad on a two-day visit, beginn­ing on Friday­
By Tahir Khan
Published: March 24, 2016
Tweet Email 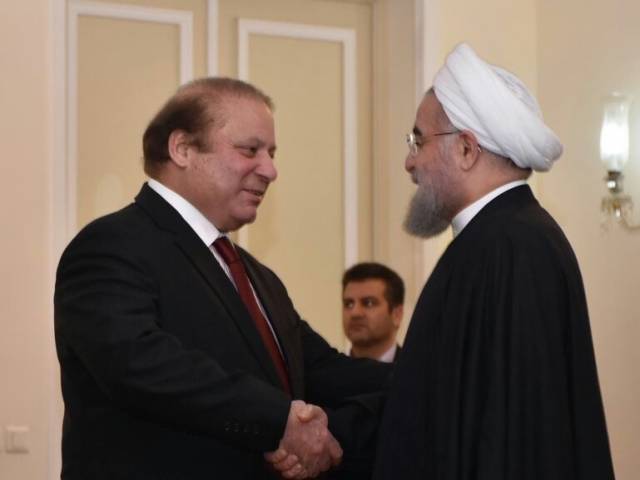 ISLAMABAD: Iranian president has called for strong multilateral economic, trade and political relations with Pakistan in a ‘sanctions-free environment.’

Dr Hassan Rouhani is scheduled to arrive in Islamabad on Friday on a two-day state visit after sanctions on the Islamic republic were lifted in January.

In a message to the people of Pakistan, copy of which is available with The Express Tribune, Rouhani highlighted Pakistan’s access to Iran’s rich natural resources to meet the energy requirements.

“It is the immediate need of the people of Pakistan and the subcontinent to have access to the rich oil and gas resources of Iran,” he said. “This will be helpful in economic growth of both the countries, provide possibilities of reducing tension in the region and developing warm and sincere relations.”

“In this context, both countries have tried to bring private sector into business, which will make a big difference in developing better relations.”

Rouhani added that establishing security on the borders and fighting against extremism and violence were crucial aspects of constructive relations between the two countries.

“Mutual collaboration of the two countries can also be beneficial on regional and global level,” Rouhani said, pointing out that Pakistan and Iran having been on the East-West Corridor, can account for a better share in global economic and cultural development.

He said people of the two countries expected their leaders to handover a more prosperous, cooperative and stronger region to the future generations.

Pakistan on February 19 lifted sanctions on Iran, reviving economic relationship between the two neighbouring countries in several areas of business and trade.

The decision was taken after the sanctions were lifted by world powers on January following a landmark deal on July 14, 2015 curbing Iran’s nuclear programme.

We can’t have one kind of Pakistan for Musharraf and another for Benazir: Bilawal