Sancti­ons impose­d by the US, EU and UN will be lifted; Iran agrees to long-term curbs on a nuclea­r progra­mme
By Reuters / AFP
Published: July 14, 2015
Tweet Email 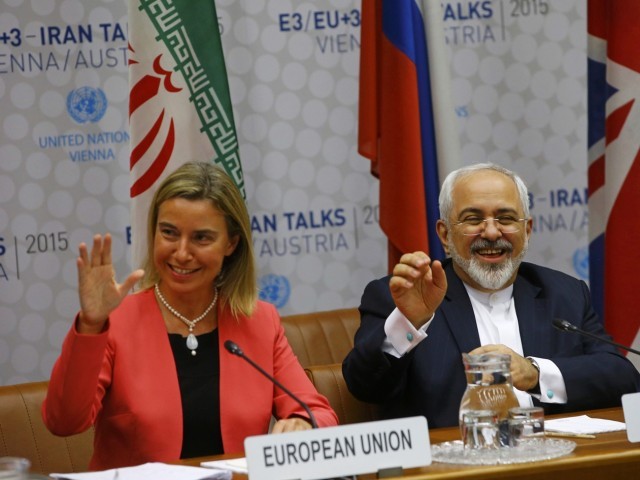 VIENNA / WASHINGTON: Iran and six major world powers reached a nuclear deal on Tuesday, capping more than a decade of negotiations with an agreement that could transform the Middle East.

Reaching the agreement did not bury the controversy of one of the most bitterly contested diplomatic issues of the day: the European Union called it a “sign of hope for the entire world”, while Israel called it an “historic surrender”.

Under the deal, sanctions imposed by the United States, European Union and United Nations will be lifted in return for Iran agreeing long-term curbs on a nuclear program that the West has suspected was aimed at creating a nuclear bomb.

The agreement is a major political victory for both US President Barack Obama and Iran’s President Hassan Rouhani, a pragmatist elected two years ago on a vow to reduce the diplomatic isolation of a country of 77 million people.

But both leaders face scepticism from powerful hardliners at home after decades of enmity between nations that referred to each other as “the Great Satan” and a member of the “Axis of Evil”.

Rouhani was quick to present the deal as a step on the road towards a wider goal of international cooperation. The deal “shows constructive engagement works”, he tweeted. “With this unnecessary crisis resolved, new horizons emerge with a focus on shared challenges.”

Just now, Iran and @iaeaorg agree to accelerate cooperation with aim to fully resolve all prior issues. #IranTalks pic.twitter.com/MjtKsfCvsO

For Obama, the diplomacy with Iran, begun in secret more than two years ago, ranks alongside his normalisation of ties with Cuba as landmarks in a legacy of reaching out to enemies that tormented his predecessors for decades.

While the main negotiations were between the United States and Iran, the four other UN Security Council permanent members, Britain, China, France and Russia, are also parties to the deal, as is Germany. “Iran will get a jackpot, a cash bonanza of hundreds of billions of dollars, which will enable it to continue to pursue its aggression and terror in the region and in the world,” he said. “Iran is going to receive a sure path to nuclear weapons.”

When willing to make a deal at any cost, this is the result. From early reports, we can see that the deal is a historic mistake.

World powers have made far-reaching concessions in all areas that were supposed to prevent Iran from obtaining a nuclear weapons capability.

Israeli Deputy Foreign Minister Tzipi Hotovely called the deal an “historic surrender”. She said on Twitter that Israel would “act with all means to try and stop the agreement being ratified”, a clear threat to try to use its influence to block it in the Republican-controlled U.S. Congress.

This agreement is a capitulation of historic proportions by the west to the Iran-led axis of evil.

Congress has 60 days for a review, though if it rejects the deal, Obama can use his veto. It would require two- thirds of lawmakers to override such a veto, which means some of Obama’s fellow Democrats would have to rebel against one of their president’s signature achievements in order to kill the deal.

Iran is not likely to receive many of the benefits from the lifting of sanctions until next year because of the need to ratify the deal and verify its implementation.

“Celebrating too early can send a bad signal to the enemy,” Iranian conservative lawmaker Alireza Zakani was quoted as saying in parliament by Fars News agency.

He noted that Iran’s National Security Council would also review the deal, “and if they think it is against our national interests, we will not have a deal”, he said. “The Islamic Republic will not sign a bad deal.”

The final round of talks in Vienna involved nearly three weeks of intense negotiation between US Secretary of State John Kerry and Iranian Foreign Minister Mohammad Javad Zarif.

It was something that would until recently have been unthinkable for two countries that have been bitter enemies since 1979, when Iranian revolutionaries stormed the US embassy in Tehran and held 52 Americans hostage for 444 days.

“I believe this is an historic moment,” Zarif, who was educated in the United States and developed a warm rapport with Kerry, told a news conference. “Today could have been the end of hope on this issue, but now we are starting a new chapter of hope. Let’s build on that.”

European Union foreign policy chief Federica Mogherini, who acted as coordinator for the powers, said: “It is a decision that can open the way to a new chapter in international relations and show that diplomacy, coordination, cooperation can overcome decades of tensions and confrontations.

#IranTalks done. We have the agreement. #IranDeal

“I think this is a sign of hope for the entire world.”

Hatred of the United States has been a defining trait of Iran’s ruling system, on display last week when it marked the last Friday of the Ramadan fasting month with an annual day of protests, crowds chanting “Death to Israel!” and “Death to America!”.

Obama first reached out to Iranians with an address in 2008, only weeks into his presidency, offering a “new beginning”.

Iran has long denied it is seeking a nuclear weapon and has insisted on the right to nuclear technology for peaceful means, although Western powers feared the enriched uranium that it was stockpiling could be used to make a bomb. Obama never ruled out using military force if negotiations failed.

Iran’s IRNA news agency said billions of dollars in frozen funds would be released under the deal, and sanctions on its central bank, national oil company, shipping and airlines would now be lifted.

Iran UN resolution to be introduced ‘as soon as next week’

A UN Security Council resolution setting out timelines for Iran’s compliance with a nuclear deal could be introduced as soon as next week, a senior US administration official said Tuesday.

The US-drafted resolution will come “probably as soon as next week” and already has the backing of UN veto-wielding members who took part in the Iran talks, the official said.

The resolution is expected to authorize economic retaliation in response to any breach of the deal, but will likely stop short of any reference to military consequences.

However, another senior administration official, also on condition of anonymity, did not rule out the possibility of US military action as a last resort.

“Our clear preference is to resolve this diplomatically,” the official said.

“Going forward, this or any future US president would have any option available to them including military action, if they felt that was necessary.

“If Iran is complying with this deal we certainly believe that would not be necessary to address the nuclear issue.”

Cash-strapped Greece comes up with yen to pay ‘samurai’ bonds