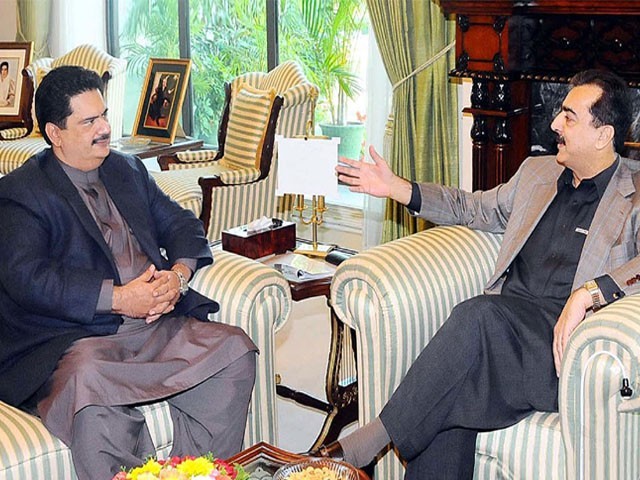 Prime Minister Yousaf Raza Gilani has asked Nabeel Gabol, who had tendered his resignation on Tuesday, to continue as the minister of state for ports and shipping.

It is not for the first time that Gabol, a member of the National Assembly from Pakistan Peoples Party’s Karachi stronghold of Lyari, submitted his resignation to the prime minister, only for him to return.

Initially, he is also said to have complained about not having any say in the ministry. However, during his meeting with Gilani, Gabol complained about law-enforcers’ operations in certain areas of Karachi.

The complaint about not being in the know regarding the law-enforcers’ actions is something that has resonated within PPP’s ranks. Following a massive operation in Karachi’s troubled Orangi Town, both Interior Minister Rehman Malik as well as Sindh Home Minister Zulfikar Mirza complained they were not taken into confidence.

Meanwhile, the Peoples Aman Committee will be holding a rally today in Lyari Town to demand that Gabol resigns. According to a statement issued by the committee’s Central Secretariat, “The 86,000 votes Nabeel Gabol received from Lyari Town were not for him but were for our martyred sister Mohtarma Benazir Bhutto.”

According to the committee, the 86,000 people who voted for Gabol will march from Lyari Town to the press club to demand he steps down.

Banners against Gabol, with slogans such as “Defence ka MNA na manzoor (We do not accept an MNA from Defence)” were put up in Lyari Town this week, where Gabol was elected from in the 2008 elections with 84,217 votes.