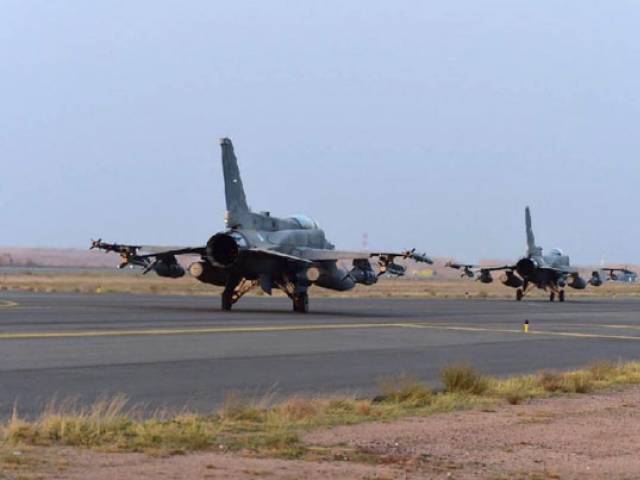 SANAA: As tribal mediation brings calm to the Saudi-Yemen border after a nearly year-long campaign led by Riyadh against Yemeni rebels, Washington has welcomed talk of an end to the coalition’s major combat.

The United Nations on Friday echoed US concerns over non-military casualties, saying the alliance had caused the vast majority of civilian deaths in the war.

“We have expressed our concerns about the loss of innocent life in Yemen. The violence there that is plaguing that country has caught too many innocent civilians in the crossfire,” White House spokesman Josh Earnest said on Thursday.

He said “we would welcome and do welcome” a statement from the coalition spokesman, Brigadier General Ahmed al-Assiri, who told AFP in an exclusive interview that the coalition is “in the end of the major combat phase”.

This would be followed by security stabilisation and then reconstruction, Assiri said.

Supported by coalition air strikes and some ground troops, anti-rebel forces have retaken territory, including much of the south.

But they have failed to dislodge the Shiite Huthi rebels from Sanaa or to completely remove them from the country’s third city Taez where intese battles continue.

Mustafa Alani, of the independent Gulf Research Centre, said that although fighting is not necessarily going to finish by March 26 “the operation is basically reaching its end.”

He said the coalition is keen “not to go beyond that psychological date.”

Rights groups have raised concerns about civilian casualties caused by the coalition as well as by the Huthis, who are allied with elite troops loyal to former president Ali Abdullah Saleh.

There have been repeated criticisms that coalition air strikes have not done enough to avoid non-military targets.

“Looking at the figures, it would seem that the coalition is responsible for twice as many civilian casualties as all other forces put together,” UN human rights chief Zeid Ra’ad Al Hussein said in a statement.

The United Nations said 119 people were killed in air strikes on a market in the rebel-held northern province of Hajja on Tuesday.

Zeid’s office said 106 of those killed were civilians, including 24 children.

UN Secretary General Ban Ki-moon demanded an investigation into the incident, one of the deadliest yet in the war.

During his interview with AFP on Wednesday, Assiri said the strikes targeted “a militia gathering”.

He said that an independent panel was being formed nationally to examine charges of possible abuses against civilians in the war.

The alliance says it does not aim at civilians, and that targeting is verified many times to ensure that non-combatants will not be killed.

While the United States has provided logistical and intelligence support to the coalition, the White House has privately expressed anger about the loss of civilian lives.

“Absent the intel and precision guided munitions we provide, the civilian casualties would be worse,” a US defence official said.

The World Health Organisation says fighting in Yemen has killed more than 6,200 people over the past year and the United Nations has warned of an unfolding humanitarian catastrophe.

About half the dead have been civilians.

The Huthis launched cross-border attacks against Saudi Arabia in retaliation for the intervention, with more than 90 people — both military and civilian — killed on the Saudi side of the frontier by shelling and in skirmishes.

Assiri said the border was essentially calm since a mediation effort by tribal leaders last week allowed aid to start moving into Yemen, including to rebel-held areas, at the Alb crossing in Dhahran al-Janoub, northeast of Jazan city.

Alani, the analyst, said the Saudis hope the same model could work for “the city war”, where Yemeni forces are making progress, albeit slowly.

On a third front, the coalition is fighting jihadists who have taken advantage of Yemen’s conflict to gain ground in the country’s south.

“The Saudis hit a number of targets in Mukalla (the capital of Hadramawt province) and in the south,” Alani said.

“This war is an unspoken war but it is going on.”