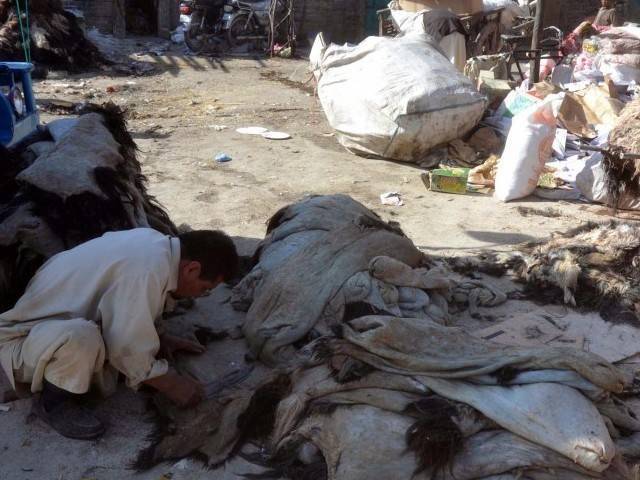 ISLAMABAD: The Ministry of Commerce and Sialkot Chamber of Commerce and Industry will establish a ‘Sialkot Tannnery Zone’ in the city, in a bid to mainstream climate change adaptation through a ‘tanneries relocation programme’ in the leather industrial zone.

The total cost of the project has been estimated at Rs1.3 billion out of which Rs600 million will be financed by the Export Development Fund, Rs330 million will be donated under the Global Environmental Facility (GEF) and Rs370 million would be contributed by the private sector.

The project was approved by the Export Development Fund board last month in a meeting of the Ministry of Commerce where the cost of the project was also approved. Under the project, the business community expects to enhance leather sector’s exports from $1 billion to $1.2 billion.

“Our basic objective is to increase the leather share in the international market while ensuring the social and environmental compliances in the process,” said the project manager Muhammad Atif.

“This is a pre-emptive measure towards making the tannery business environment-friendly. Tanning requires a huge amount of water along with chemicals and at present, the situation in the local communities is not good and we do not want it to worsen in coming years,” he added.

As per the working paper of the project, the objective of the project is to reduce vulnerability and build resilience through integration of ‘climate change adaptation’ into the industrial development, establish combined waste water treatment plant and management to facilitate the National Environmental Quality Standards (NEQS) compliance in the Sialkot tannery zone.

Moreover, the project would also provide one place for collecting solid waste emanating from tanneries to improve health conditions of tanneries workers, provide fresh employment and stop ingress of toxicity in ground water.

It would also cater to certain sectoral objectives including improving overall environment canvas of the industrial city and assisting industries in the compliance of the NEQS and environmental management systems and relevant International Standard ISO 1400.

The project will also help decreasing agriculture losses due to the safe and clean water availability rather than contaminated water discharge into irrigation drain.

Furthermore, a study will also be conducted for modelling future rainfall patterns and climate variations with the objective to prepare a proper design of utilities within the planned industrial zone.